Home is Where the Heart Is

"Through travel I first became aware of the outside world; it was through travel that I found my own introspective way into becoming a part of it." ~Eudora Welty


Merry Christmas and Happy New Year and all that jazz!

Sorry for the delayed blog post - I meant to have something written before I left New Zealand, but first I ran out of time, and then...well... I discovered quite quickly that..... reverse culture shock is real.

I thought I was prepared to come back, but the truth is, from the moment I landed in San Francisco I was reeling from the shock, not to mention the jetlag and exhaustion.

But now, over two weeks since coming home, I am doing quite well! Certain things have been very easy to slip back into... like internet speed.... Christmas consumerism (in the words of my friend Kayla, as we walked into a decorated department store, "Ahh, Christmas consumerism... Isn't it beautiful??").... customized coffees.... the RTD light rail... and SNOW! Oh yes, I love the snow.

I think what I miss the most is being able to say Kiwi things... porridge, kiwifruit, sweet as, cheers, car park, rubbish... I really can't insist on saying these things now that I'm back in the States...

Anyway... here's a shocker for you... Over my month-long backpacker bus tour, I took about 2000 pictures. Nearly every day my bus went somewhere new, which means I got to see lots of NZ in a very limited amount of time, but how do I narrow down the heaps of stories and memories and encounters and people to share with you?

Well, here goes. If you want to humor me by reading one more blog post...then I present to you... 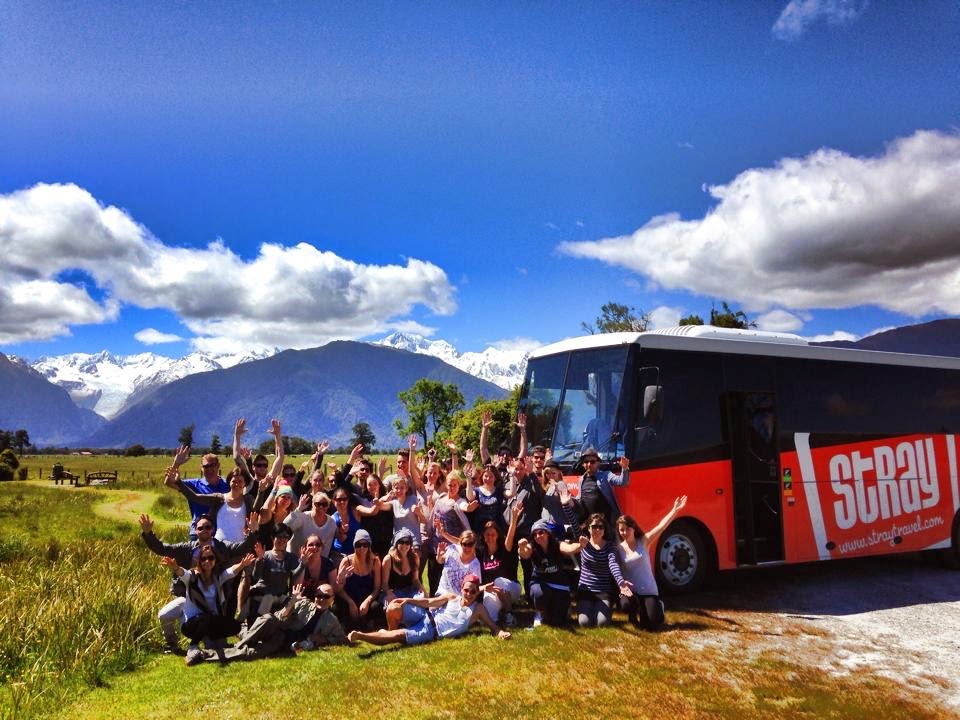 So Stray is a hop-on, hop-off bus, which means my tour group buddies changed all the time. I had to stay on the bus for the whole month because of my limited time frame. The plus side to this is I got to know my bus driver pretty well (he goes by the nickname "Mozzie" because apparently he's like a mosquito; he was always chatting with the locals, hostel staff, activities coordinators, etc.) In fact, for the second half of the bus tour I sat in the front seat with him and earned the honorary title "bus bitch" for helping him make phone calls, text co-workers, and pass around the daily clipboards while he was busy driving. What can I say? I am a hospitality major.

We had a lot of early mornings, with departure times ranging from 6:30 to 8:30 am. And if you were late for the bus? Here's a spoonful of vegemite for breakfast!

I only got up even earlier to catch the sunrise (~5:30 am) twice. But both times were absolutely worth it, and I wish I had gotten up earlier more often!

We sometimes called ourselves "the burger bus" because if we weren't throwing together our own barbecue, we were looking for the best burger places in each city/town we visited. My favorite veggie burger was from this food truck near Abel Tasman National Park... I mean, look at that toasted bun.

Every day we had the option of doing some 'sweet as' activity.... usually costing upwards of $100. I didn't come prepared with that sort of budget, so I usually stuck with the free activities, like walks/hikes. But I did splurge on a couple of things.

One, I splurged on Hobbiton. Of course I did. How could I literally be in Middle Earth and not visit the Shire?? I took at least 200 pictures. Holy sheep... I'm such a tourist, aren't I? 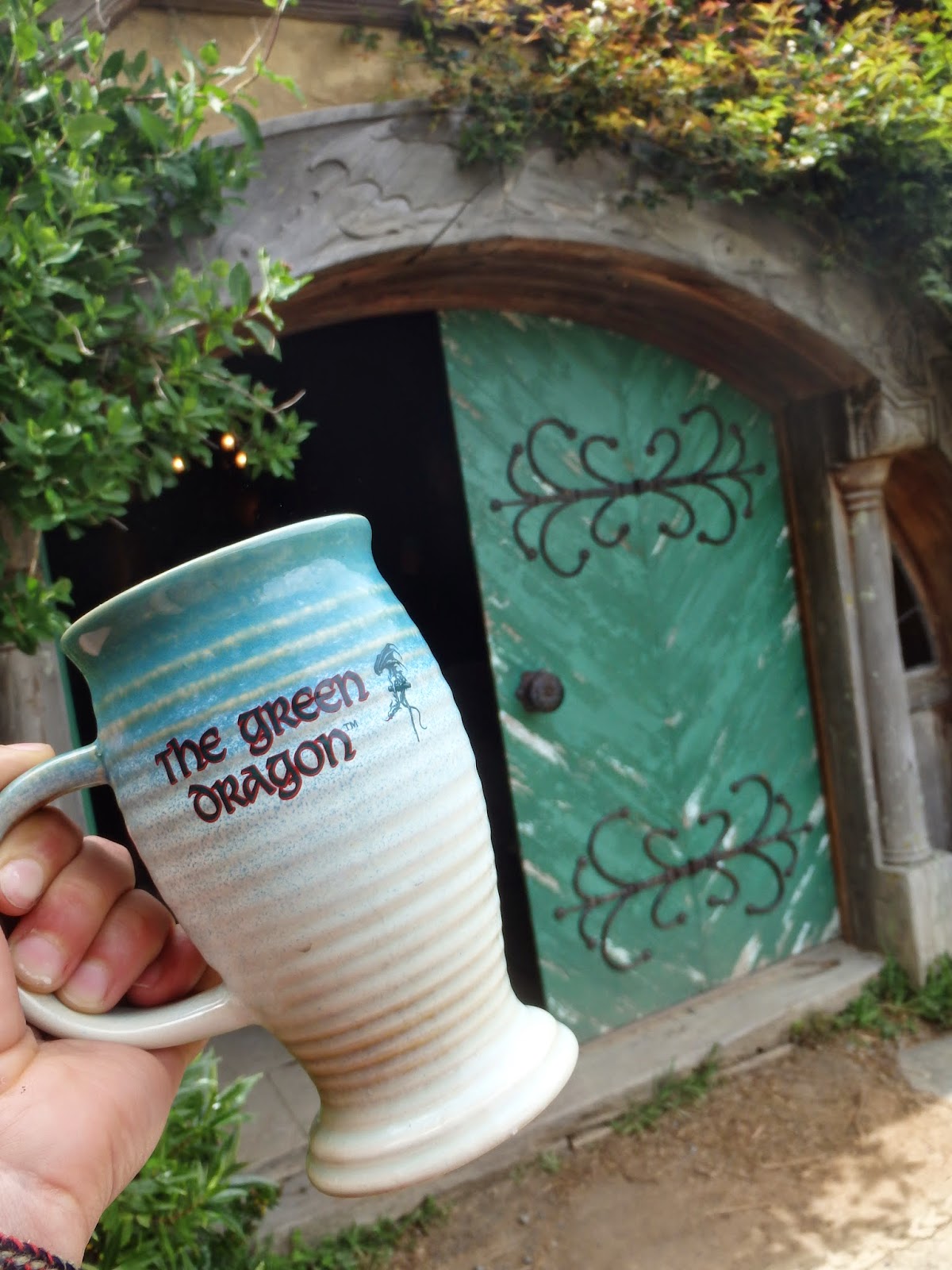 I won't share all 200 pictures with you, but if you ever want to sit down and look at the beautiful detail put into these hobbit holes, I would be more than happy to nerd out with you over some coffee and show you everything. (Genna, I know you're taking me up on this. You have no choice, really.)

And two, I splurged on the epic CANYON SWING in Queenstown! Basically, this is what it looked like.

So I jumped twice! The first time they released me upside down, and the second time I launched myself off a mini slide. (I'm at my playground. Of course I'm going to pick the slide.)

When I wasn't splurging my money on silly activities like this, I would love to just walk around the cities/towns, take pictures, people watch, and drink coffee.

I loved Wellington, the windy capital of NZ. Quirky, vibrant, classy. It was the only place in NZ that I visited and thought, "I could come back and work here for a few years." 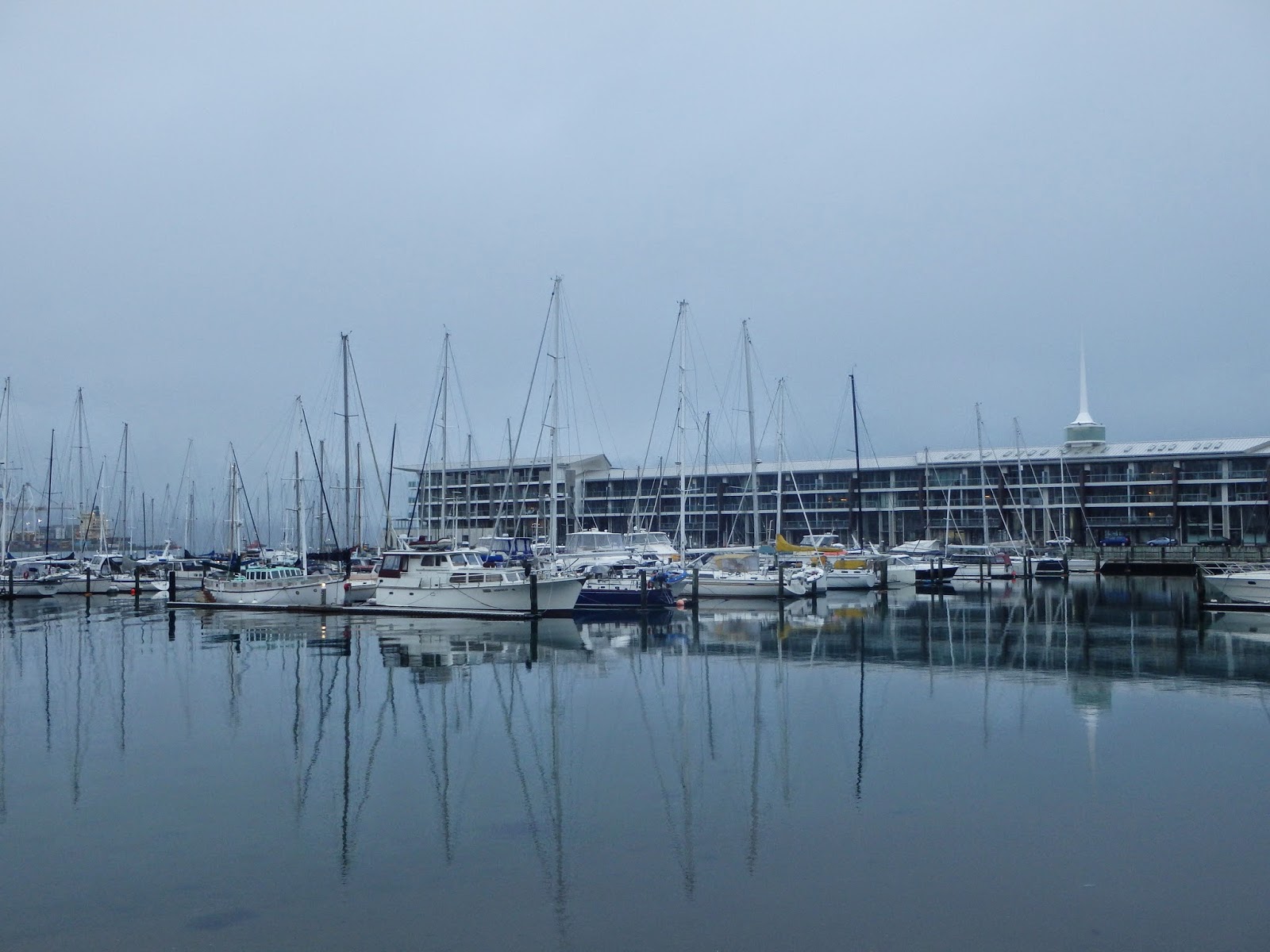 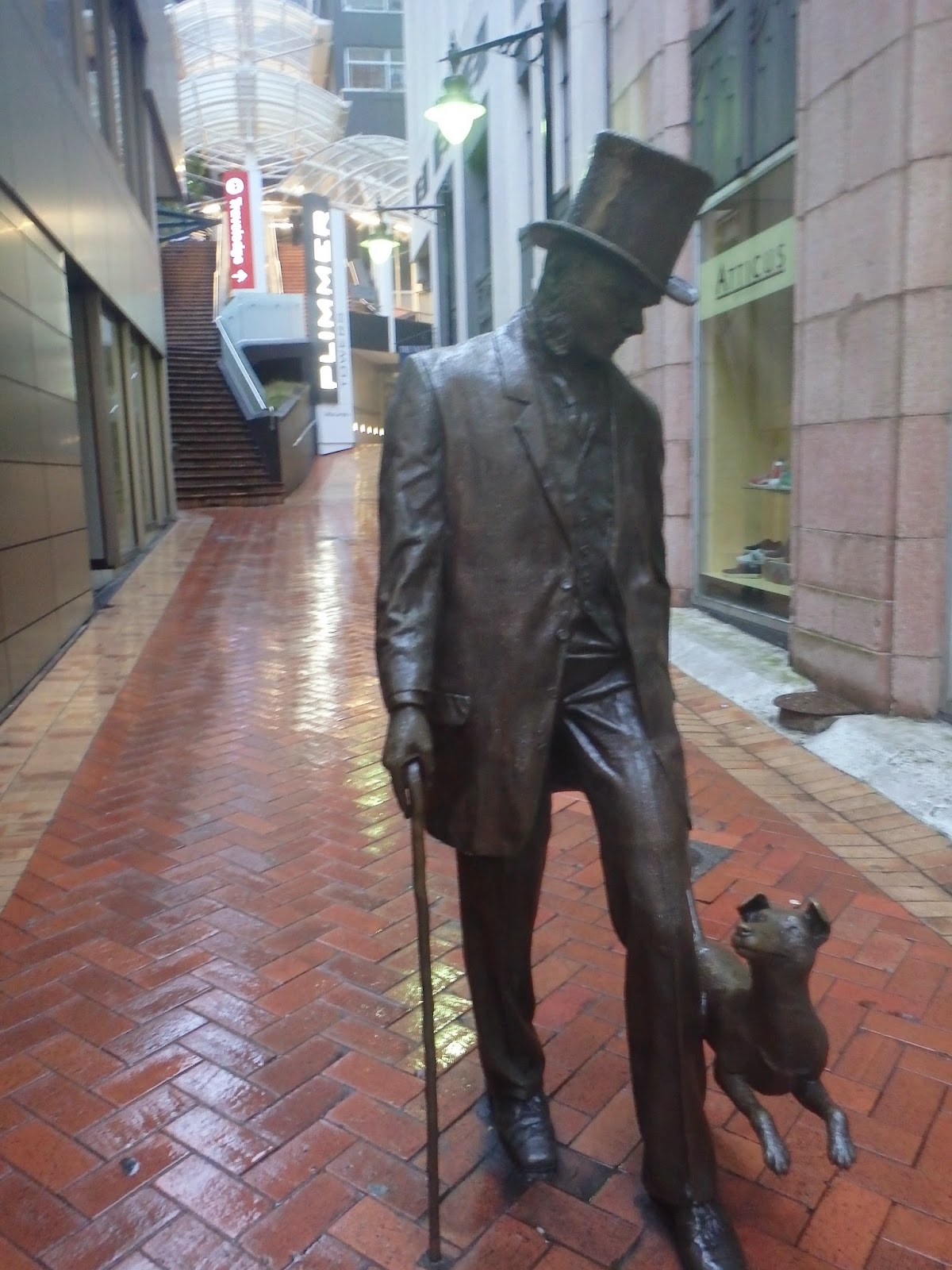 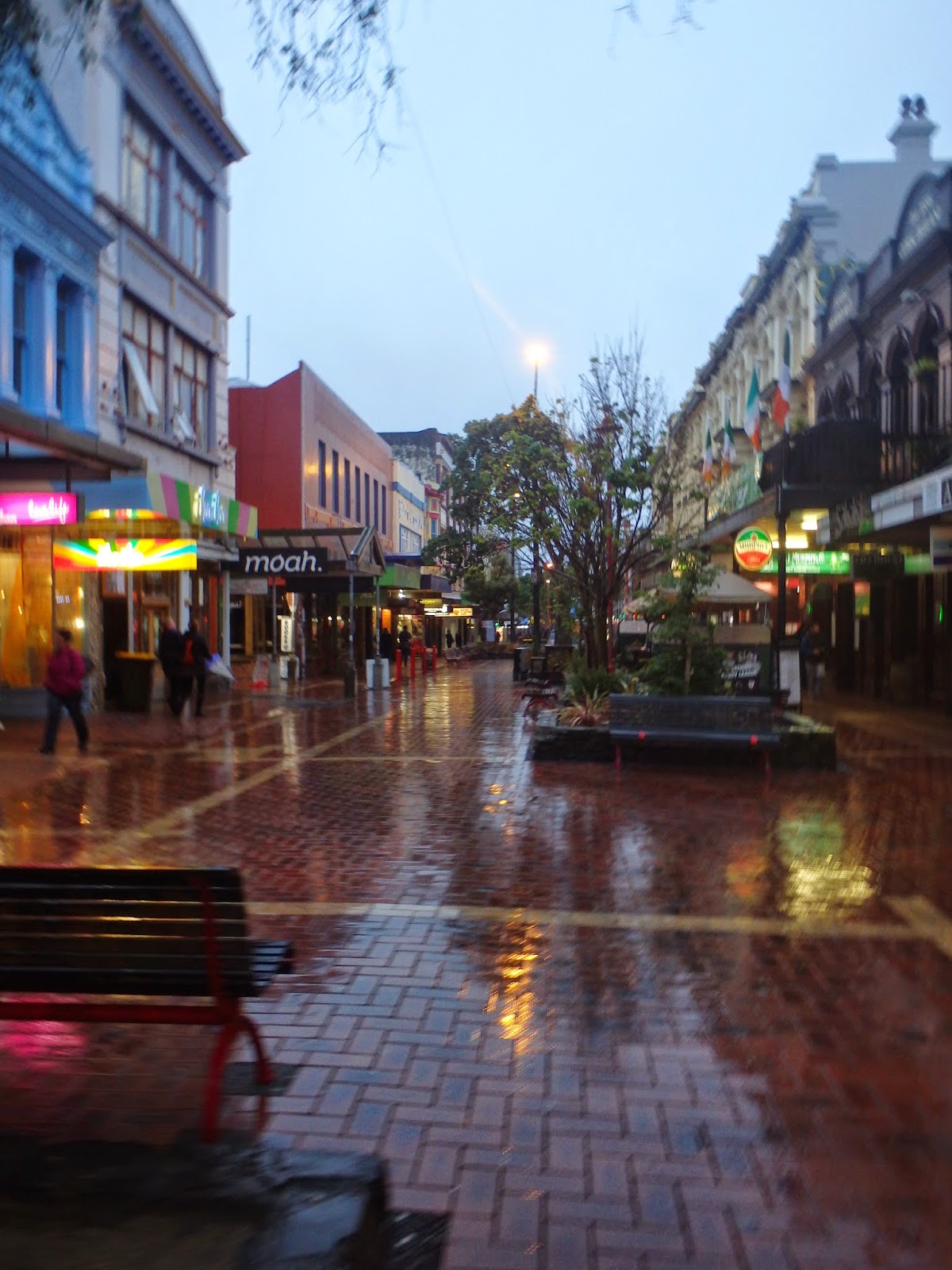 Auckland is the largest city in New Zealand - the international hub - and is home to about 1.5 million people. Lots of New Zealanders dislike Auckland and dismiss it as 'just another city', but I thought it was nice. Since I'm a tourist, I made sure to take lots of pictures of the sky tower and even paid the $25 to take the elevator to the top. 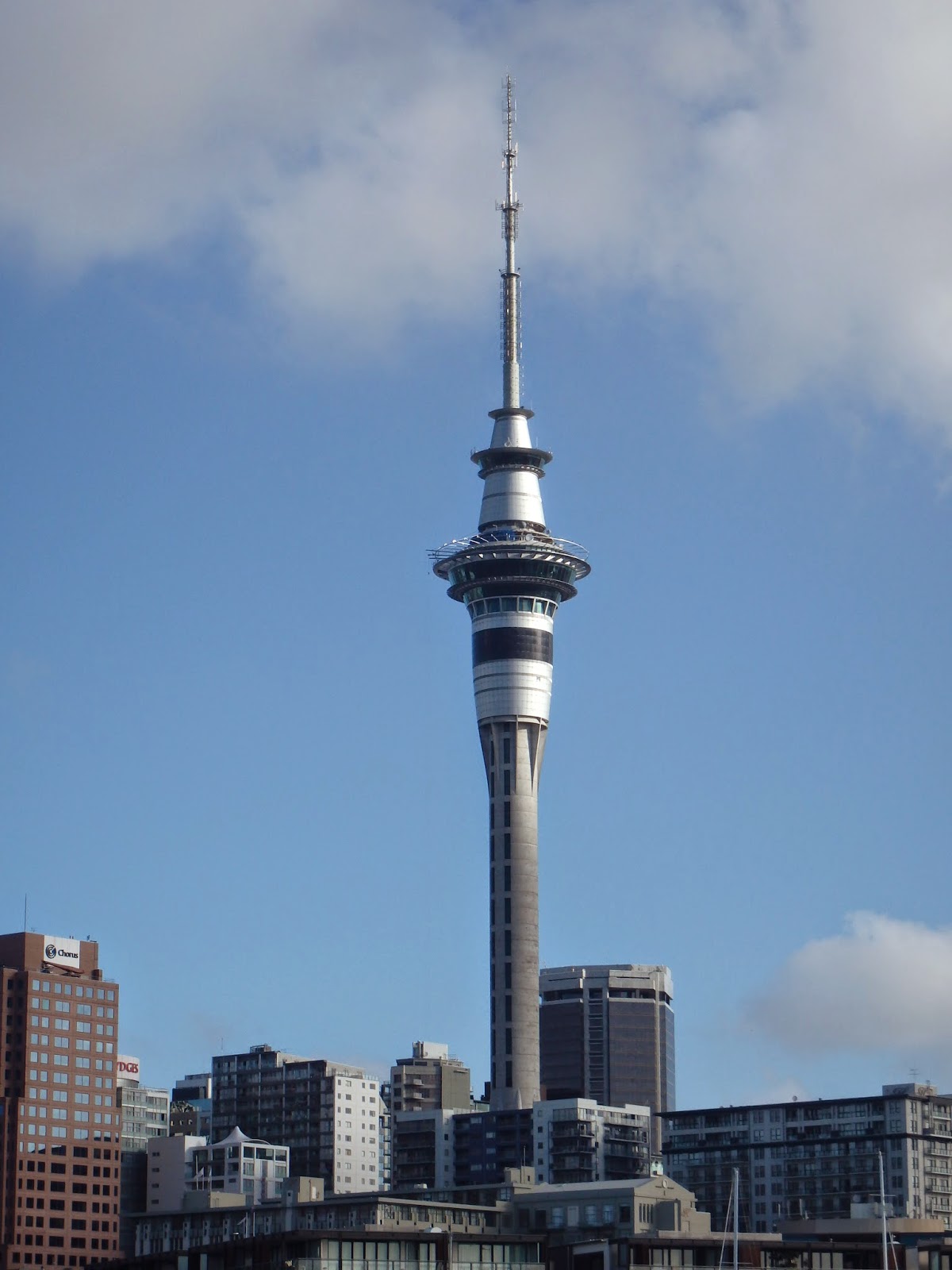 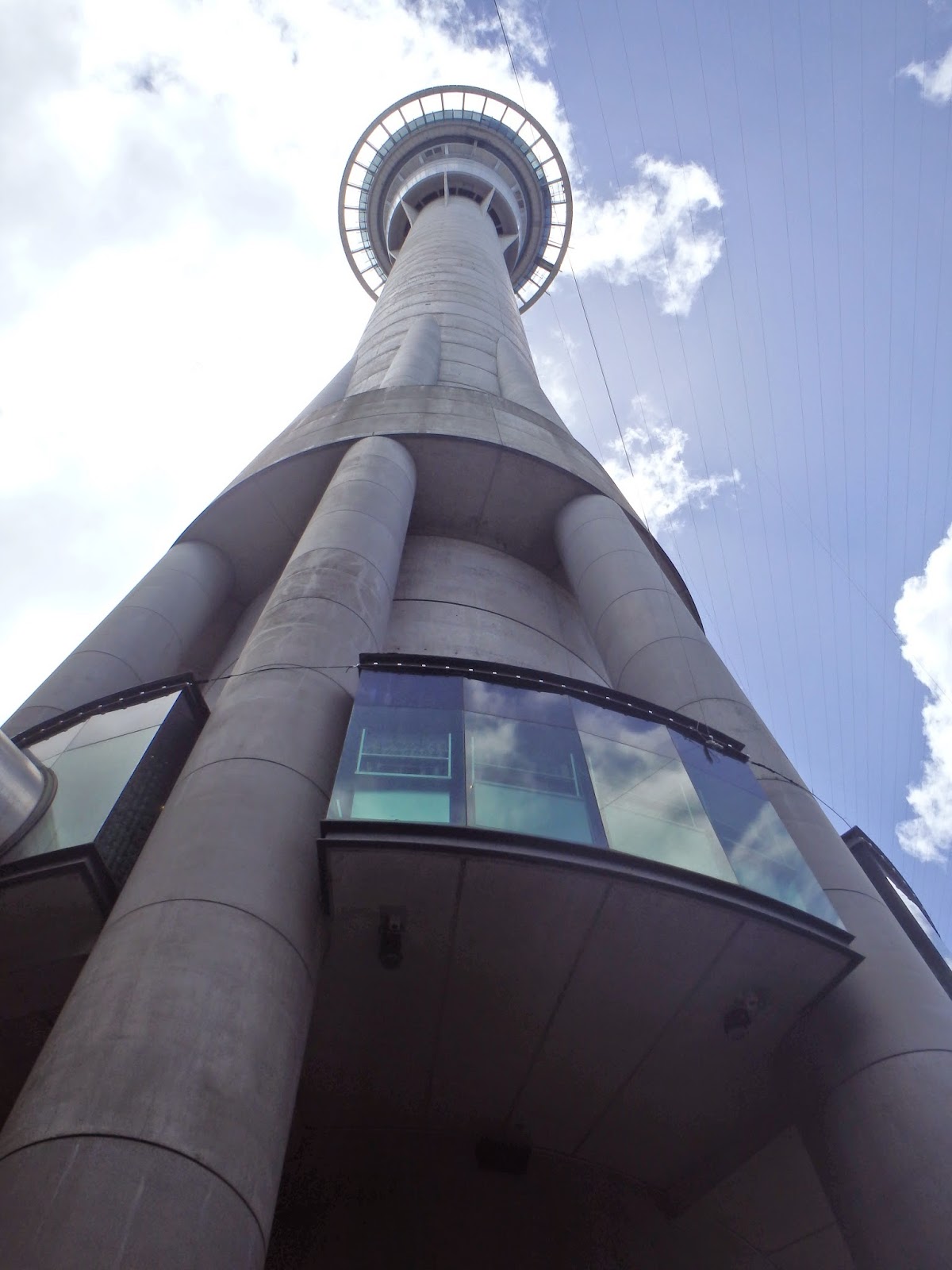 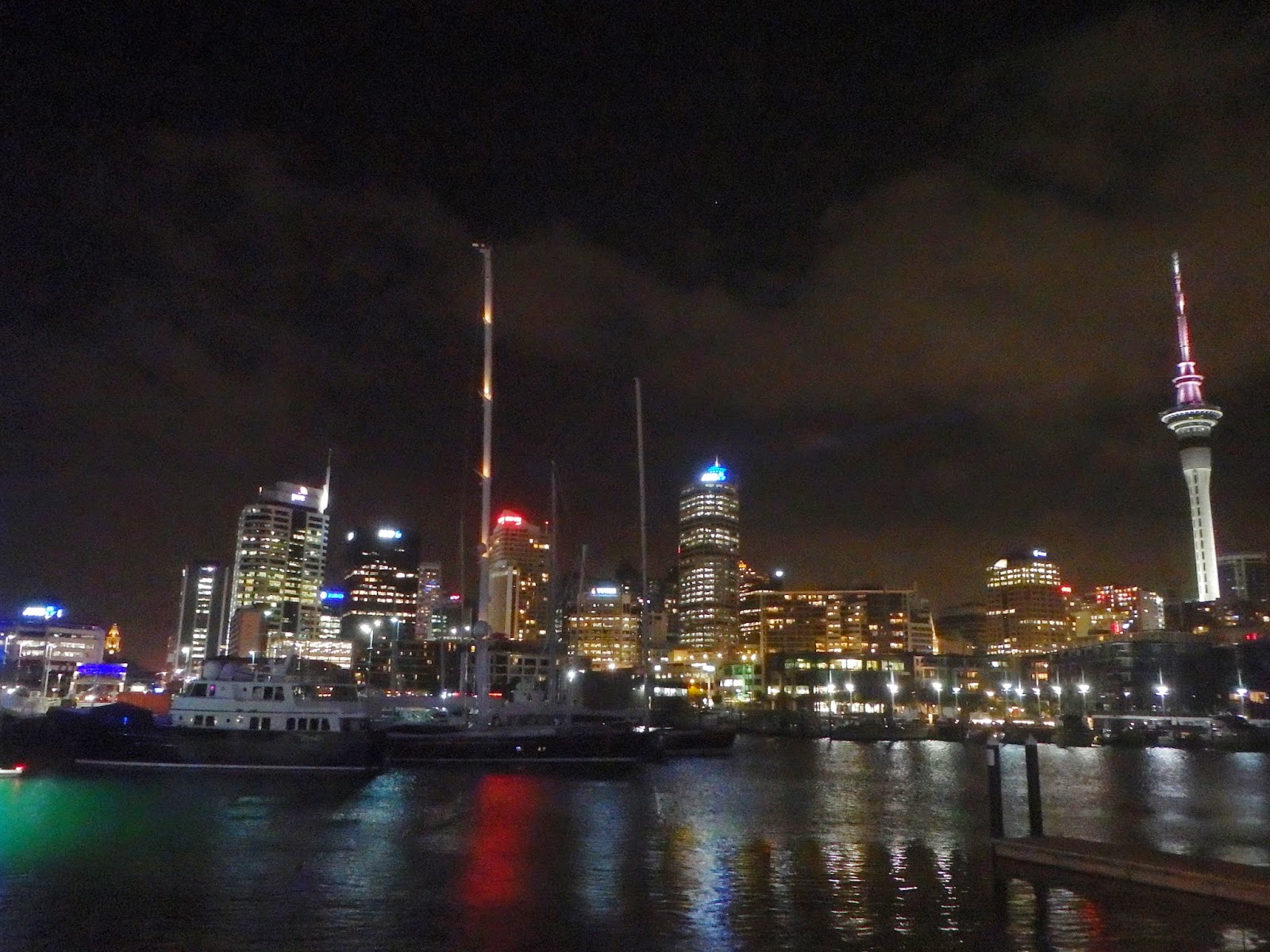 Wellington and Auckland are the major NZ cities. Most of our bus tour, however, was scheduled around places 'off the beaten track.' So, for example, we went to a couple of places that were an hour away from the nearest town.

At one such magical place, I got to spend a day helping some farmers take care of their sheep... docking the lambs, herding them around, sorting out the wool from their shit. It was probably the most New Zealand thing I've ever done, and I loved every minute of it. So while everyone else from the bus tour was busy sleeping, riding horses, or day drinking... I had wandered over to where all the noise was, and basically got to spend the day with the locals and their sheep.

At another magical place, I got to meet an ostrich... Let me just say that I don't have the words to describe how ecstatic I was in this moment. 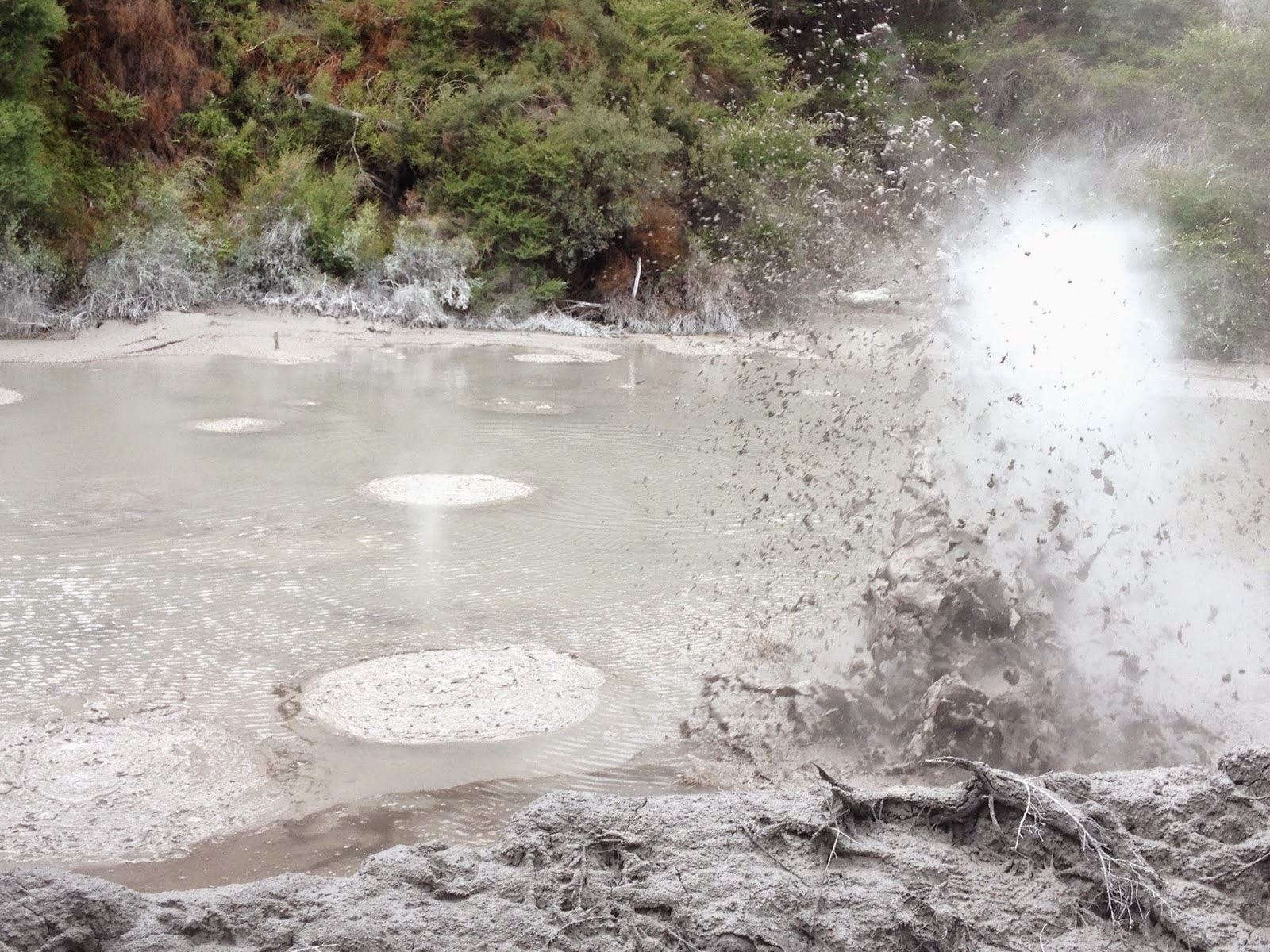 Of course, even some of the pictures I was able to take as we were driving turned out incredible.


Well, that was a random string of pictures.

Here's a group of pictures that is actually tied together by one epic day....  It was the day I walked the Tongariro Crossing and hiked.... MT. DOOM.

The hike is about 6 hours, excluding Mt. Doom. Only super fit people are able to finish the summit and complete the rest of the crossing before the shuttle comes by for pick ups. If you miss the shuttle the charge is $200 for another one to come by.

Soooo.... I could only make it up 2/3rds of Mt. Doom before I had to turn around in the interest of time. By the way, the mountain's name actually isn't Mt. Doom. It's Mt. Ngauruhoe. But I don't know how to pronounce that, and it sounds more badass to say Mt. Doom anyway. 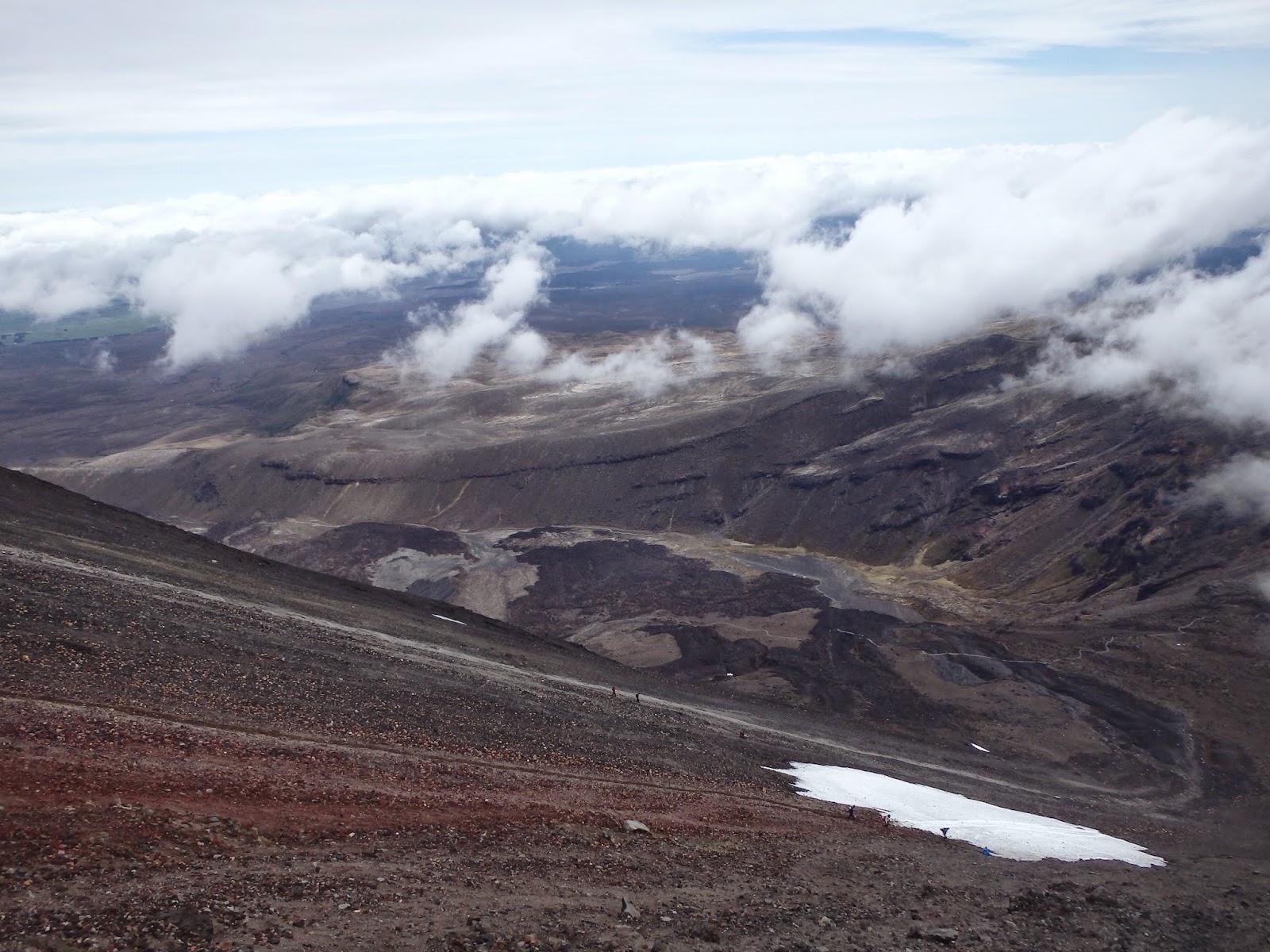 That picture (above) is where I stopped before heading back down. No summit. But do you see how steep that volcano is?? One of the hardest rock scrambles I've ever done, personally. I saw one guy slip down that sheet of snow and tumble right into a bloody concussion.

The rest of the walk was, of course, gorgeous. Definitely one of my favorite walks in New Zealand.

It was so rugged... and, once again, my pictures can't capture the vastness of this landscape. 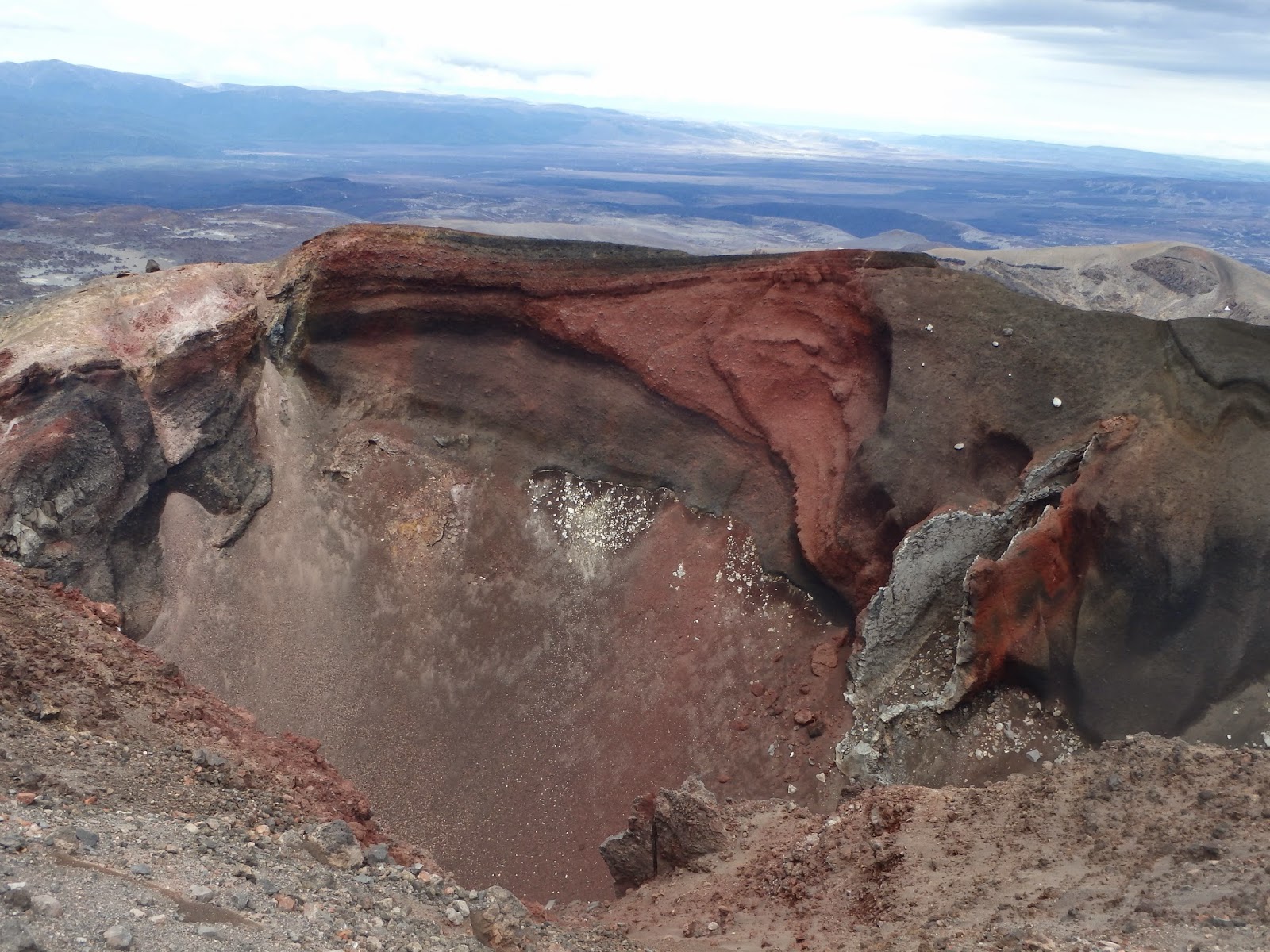 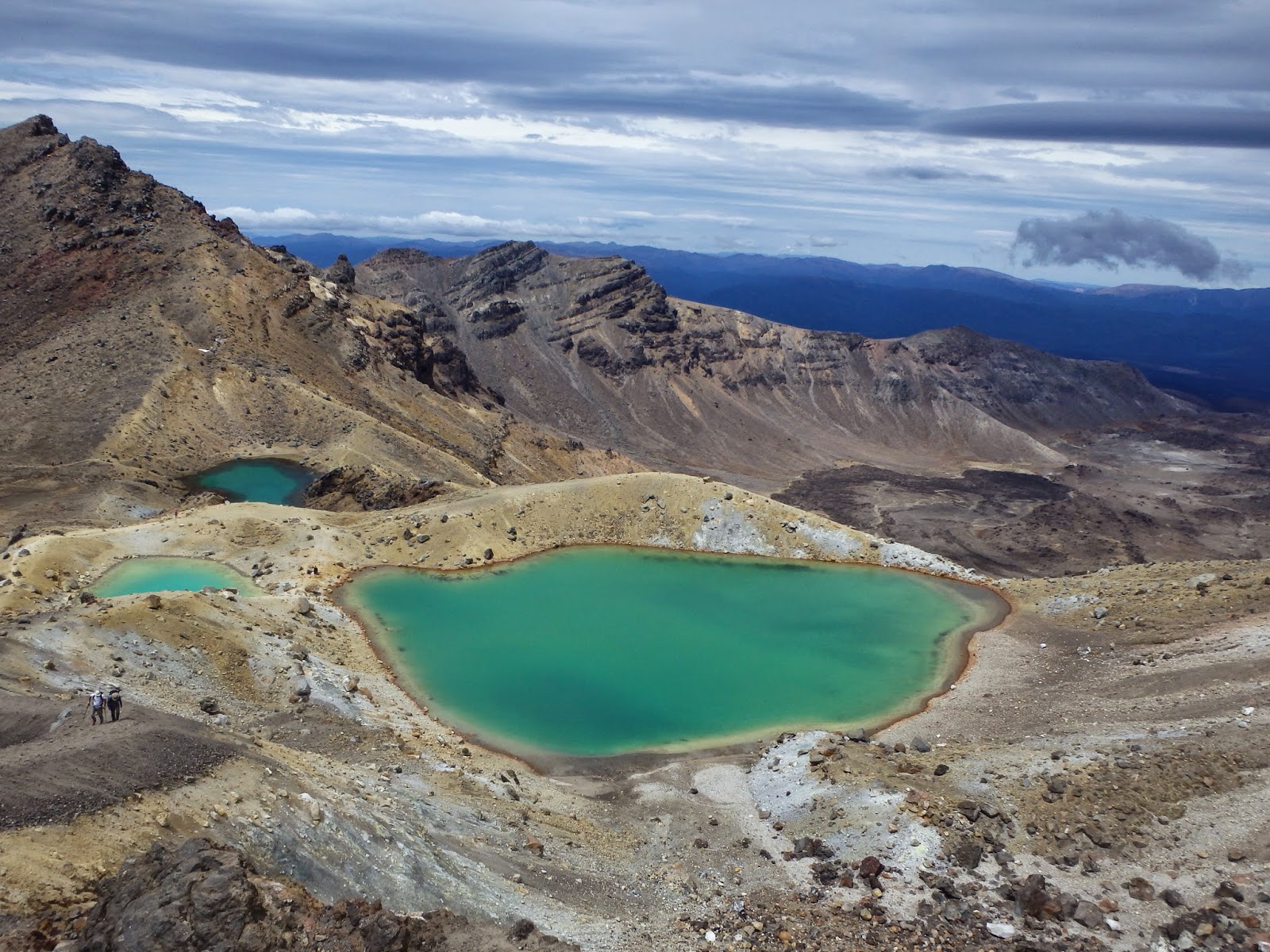 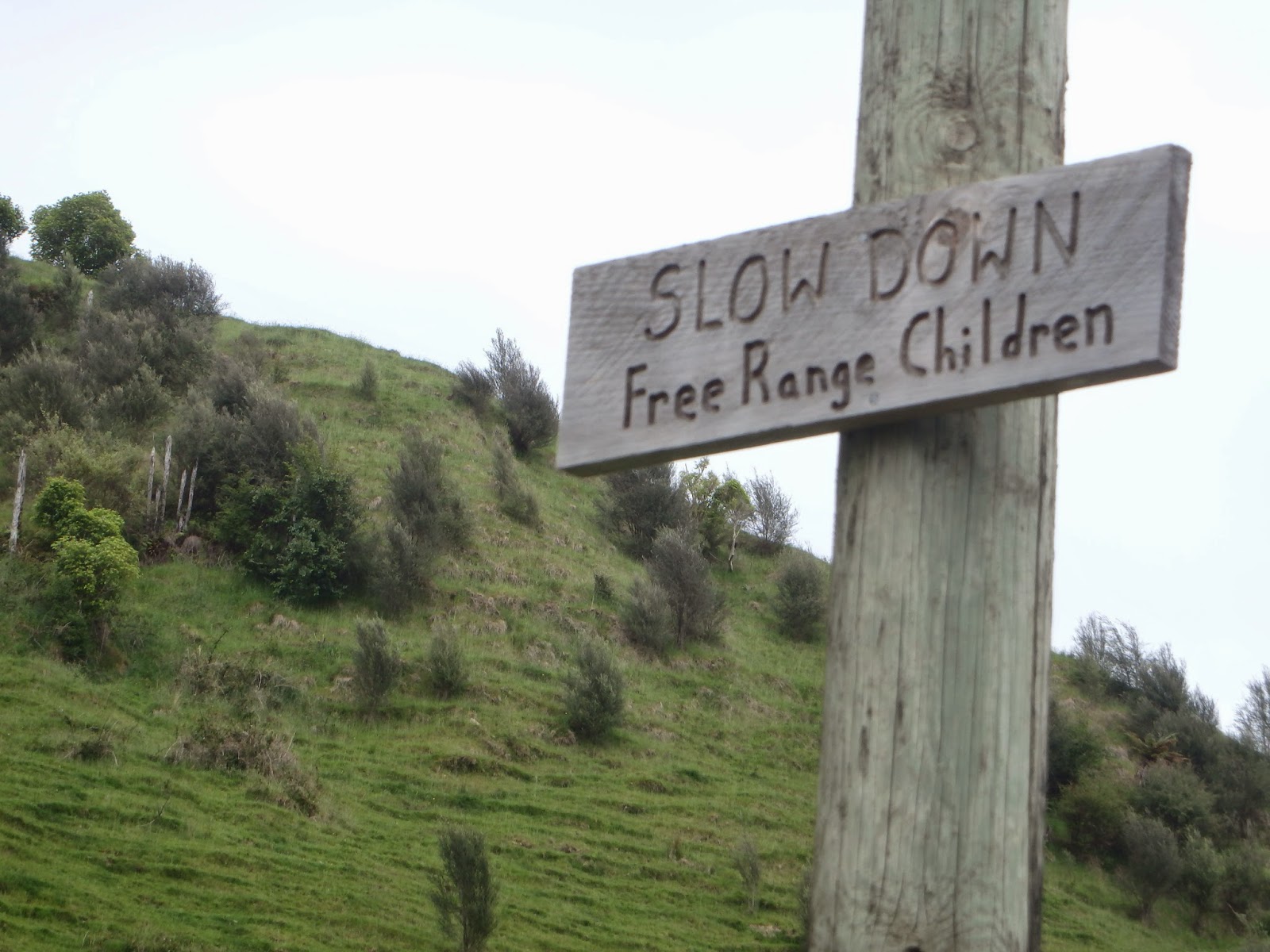 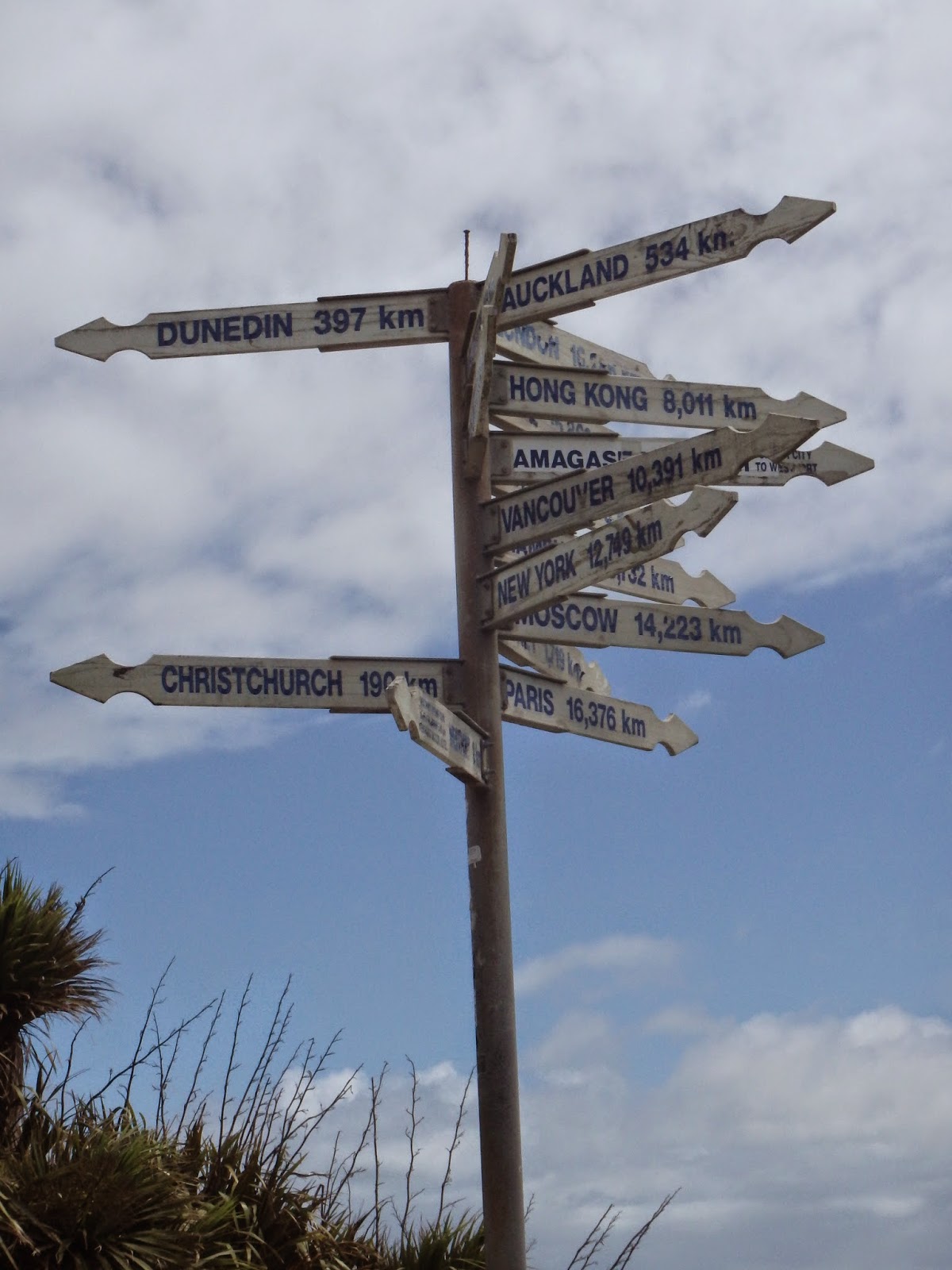 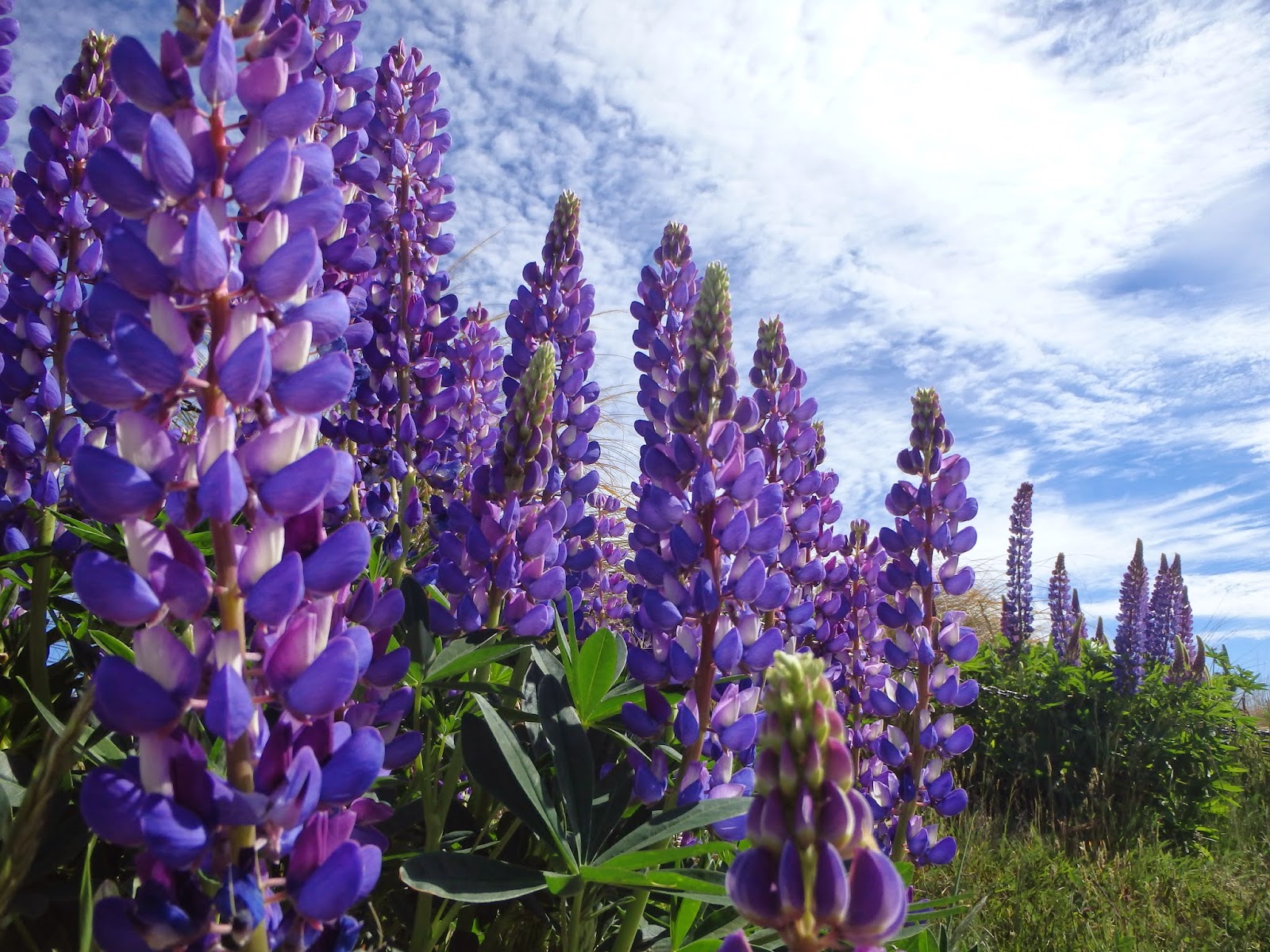 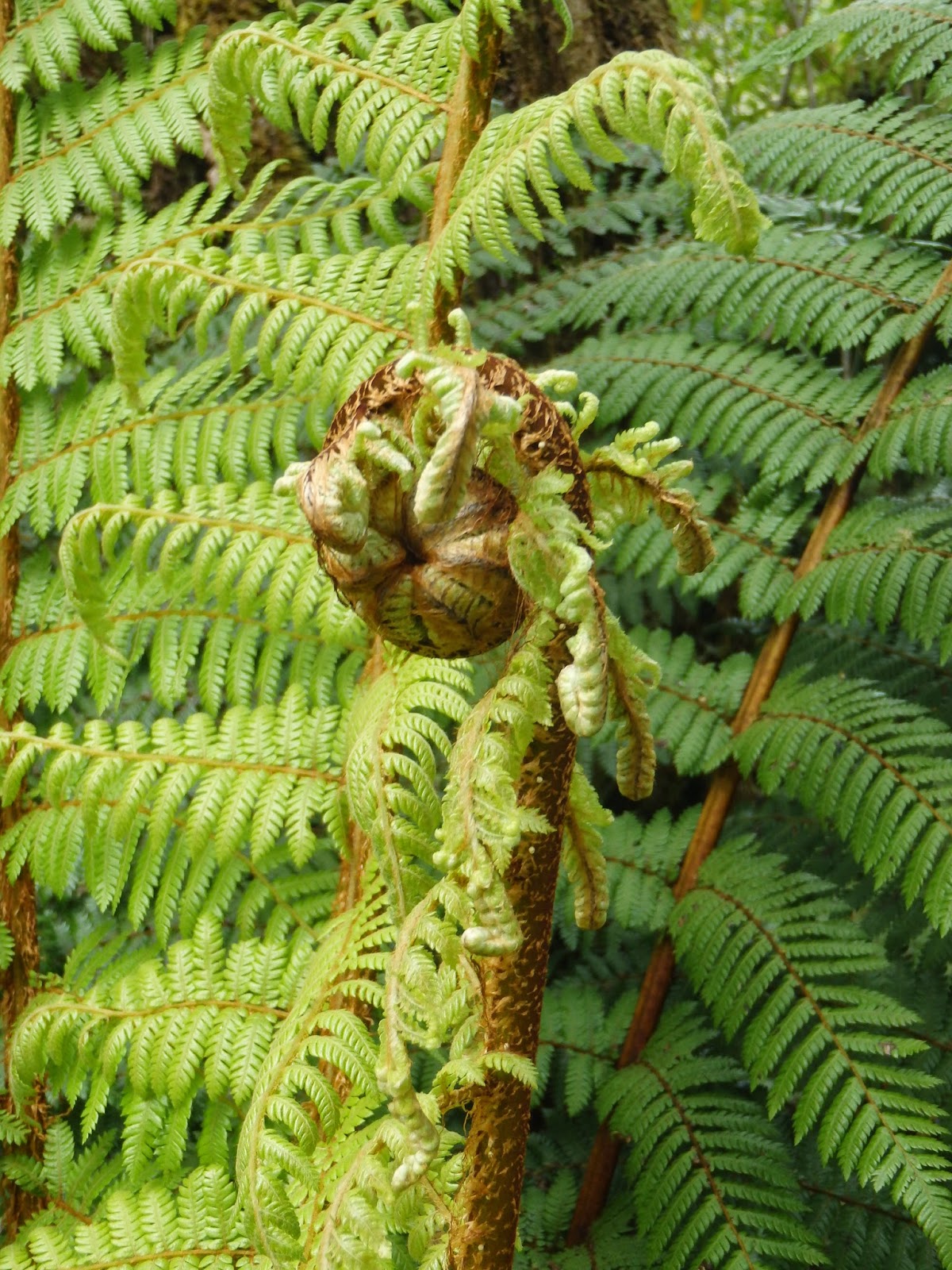 We also got to visit Franz Josef glacier... one of the fastest melting glaciers in the world right now. For $300 you could go hiking on the glacier. And, I thought.... nah, I'll just walk to the base of the glacier for free. :) 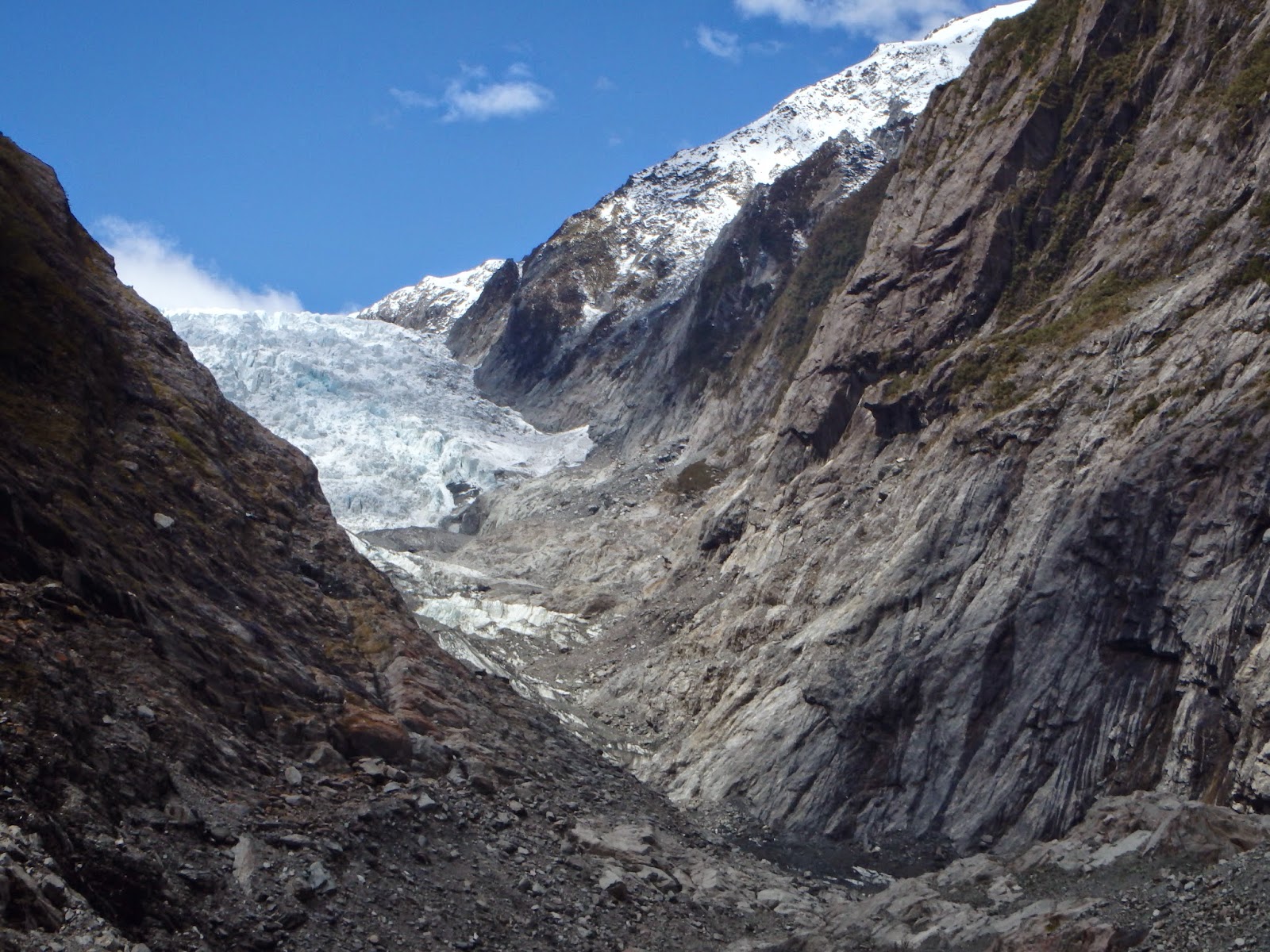 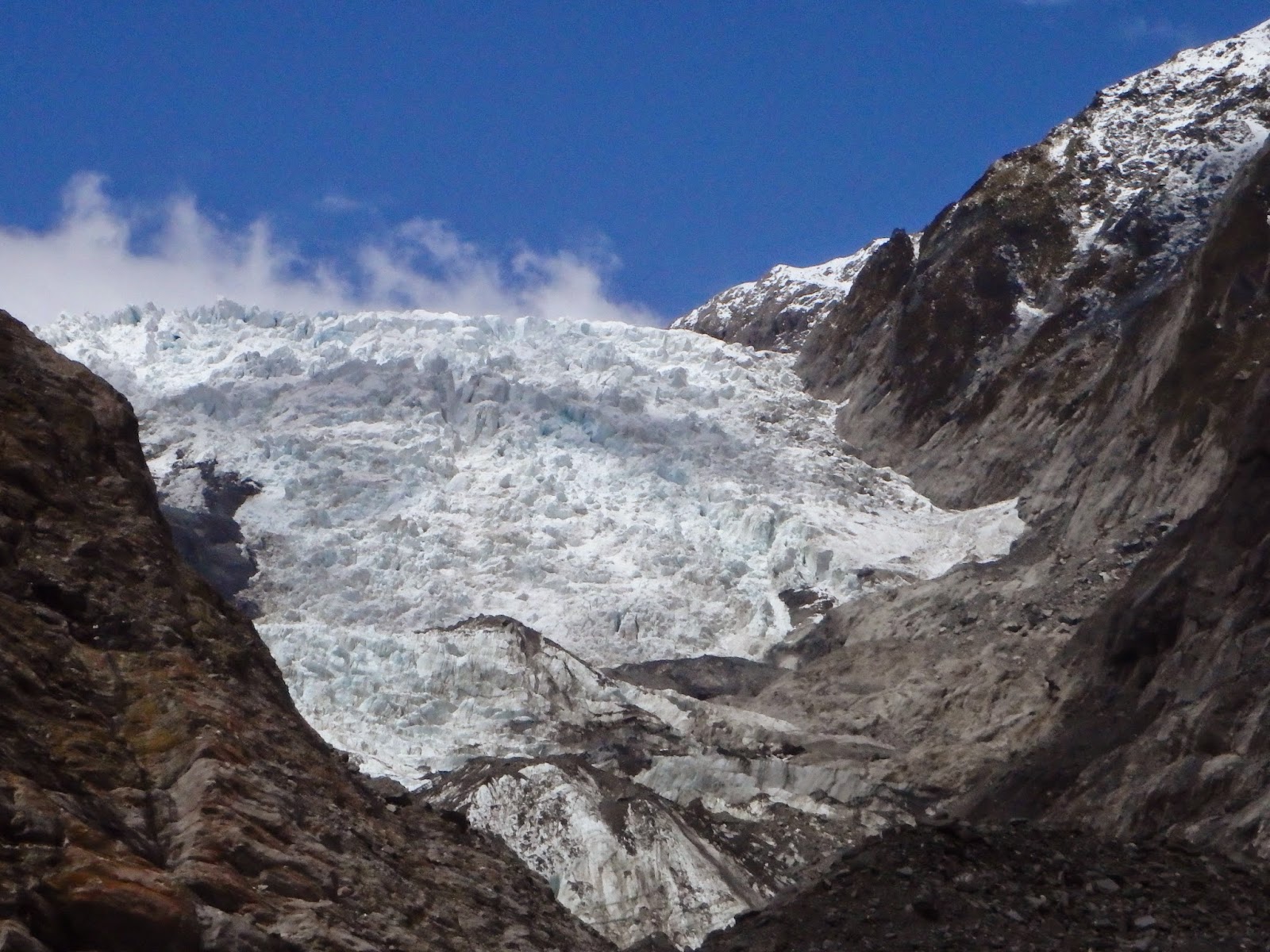 For those who don't know, Mt. Cook is the mountain that inspired my tattoo, so I was happy to finally experience it face-to-face. And I took plenty of pictures, of course. 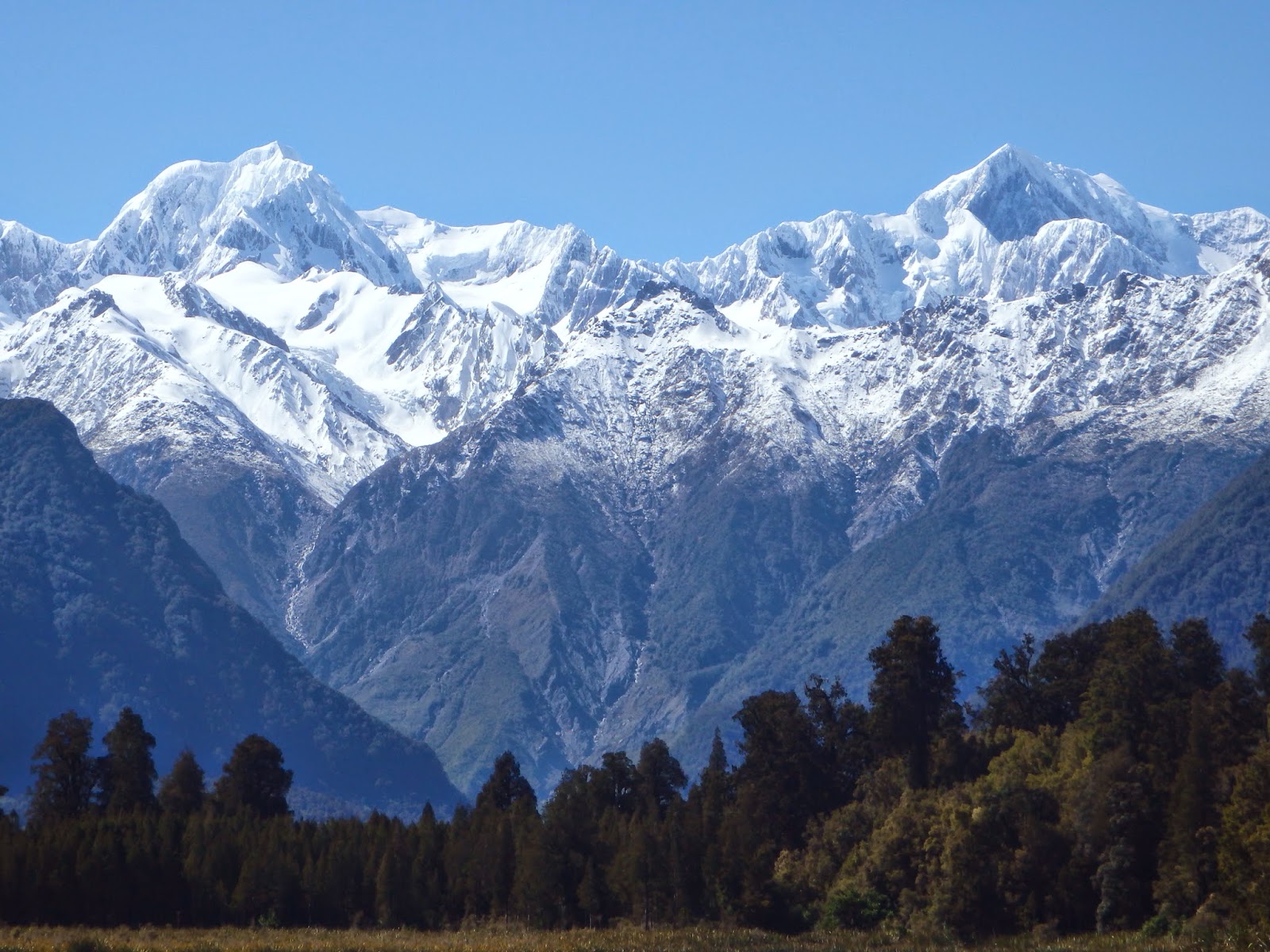 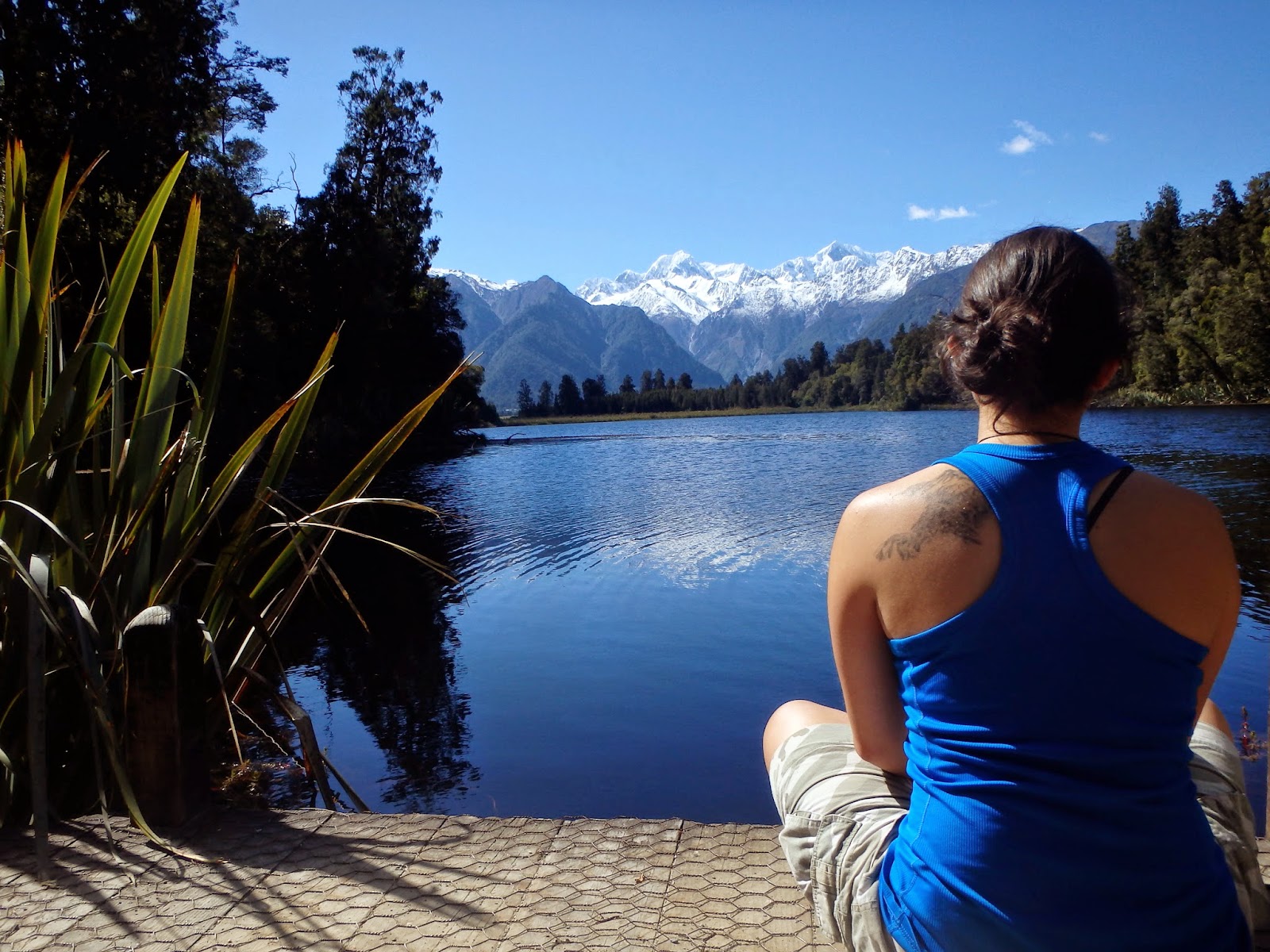 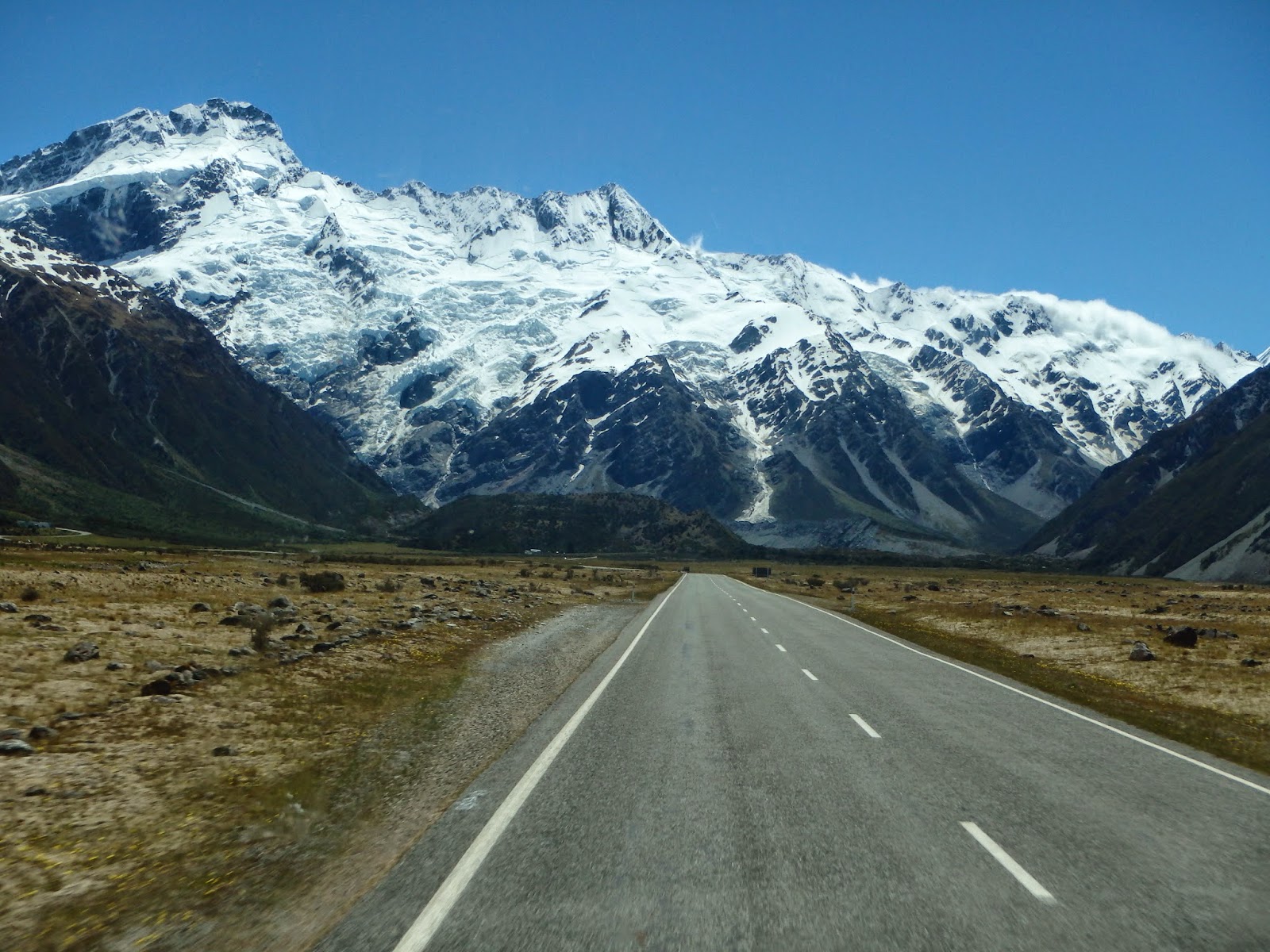 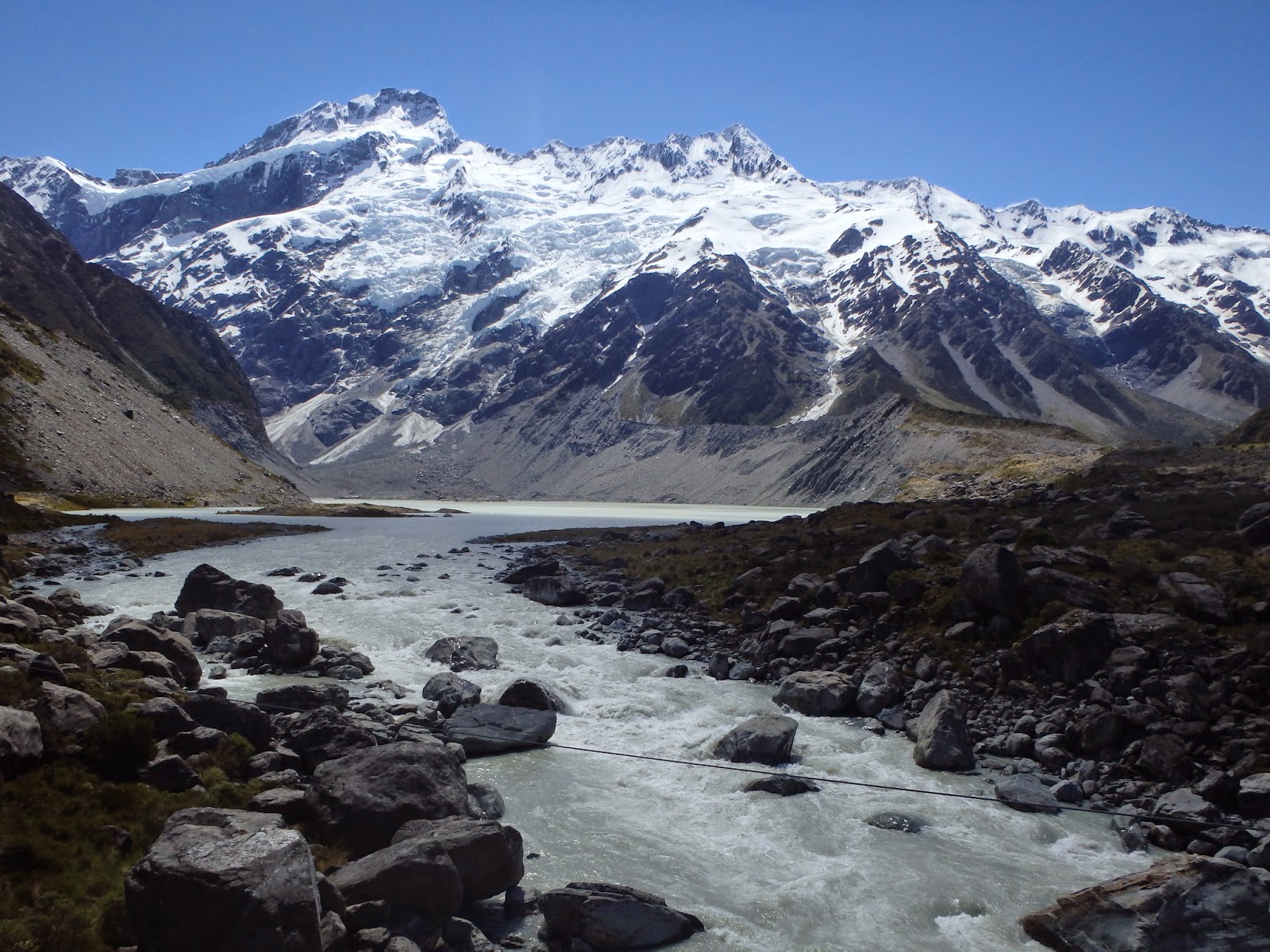 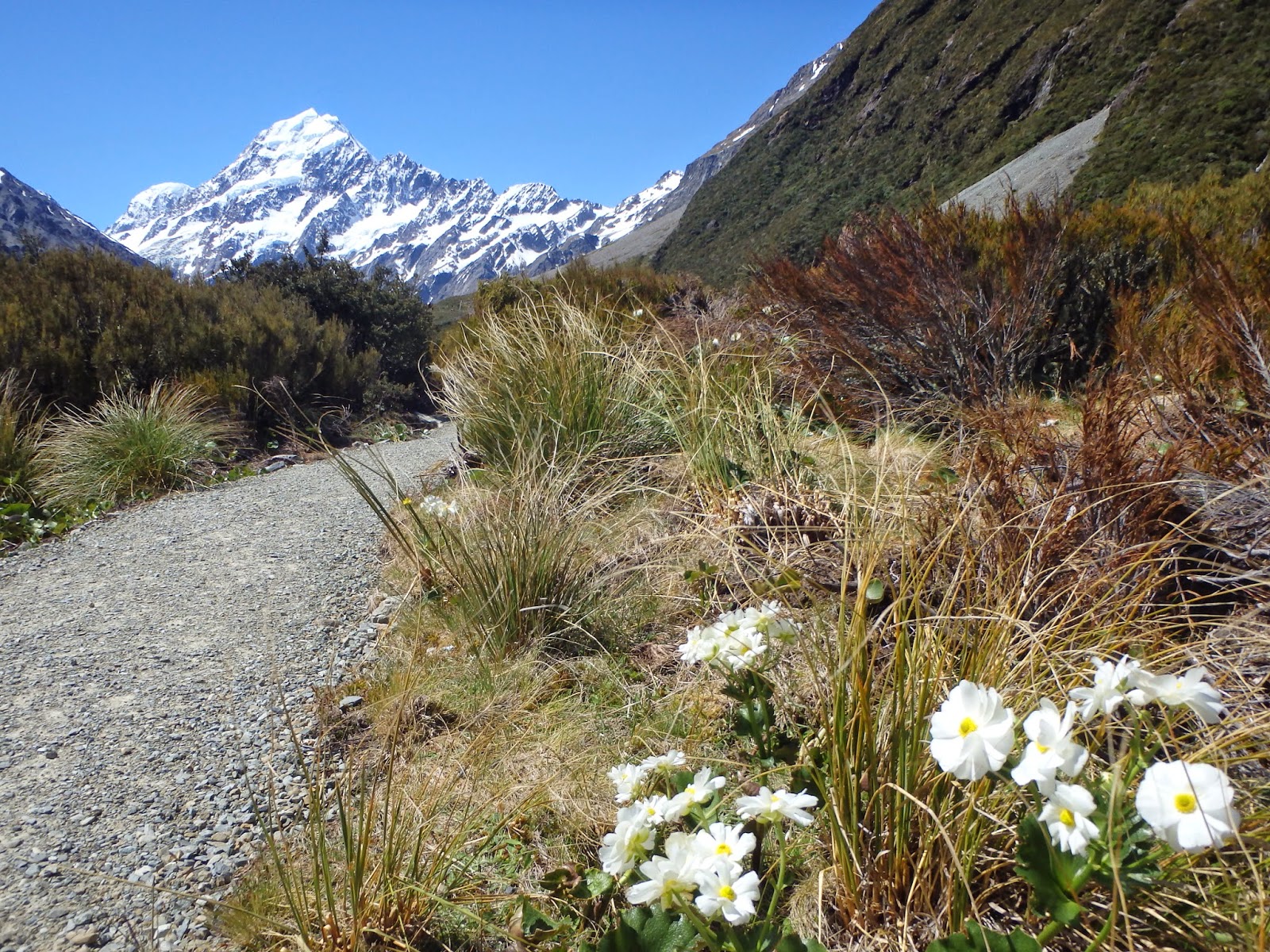 Before my final two days in Dunedin, I had to kill a day in Christchurch (once my bus tour had ended). Christchurch is the other major NZ city that was unfortunately hit with a series of bad earthquakes in 2010/2011, the latter of which crumpled the city centre. I was happy to see that the Christchurch residents are pumped about rebuilding and I was surprised to find that the city is actually quite vibrant/colorful.

Christchurch also gets points for being the first place in New Zealand that I could actually get Greek food at!! I was so happy to see that blue/white truck. I bought feta and olives, and I may or may not have cried from happiness. 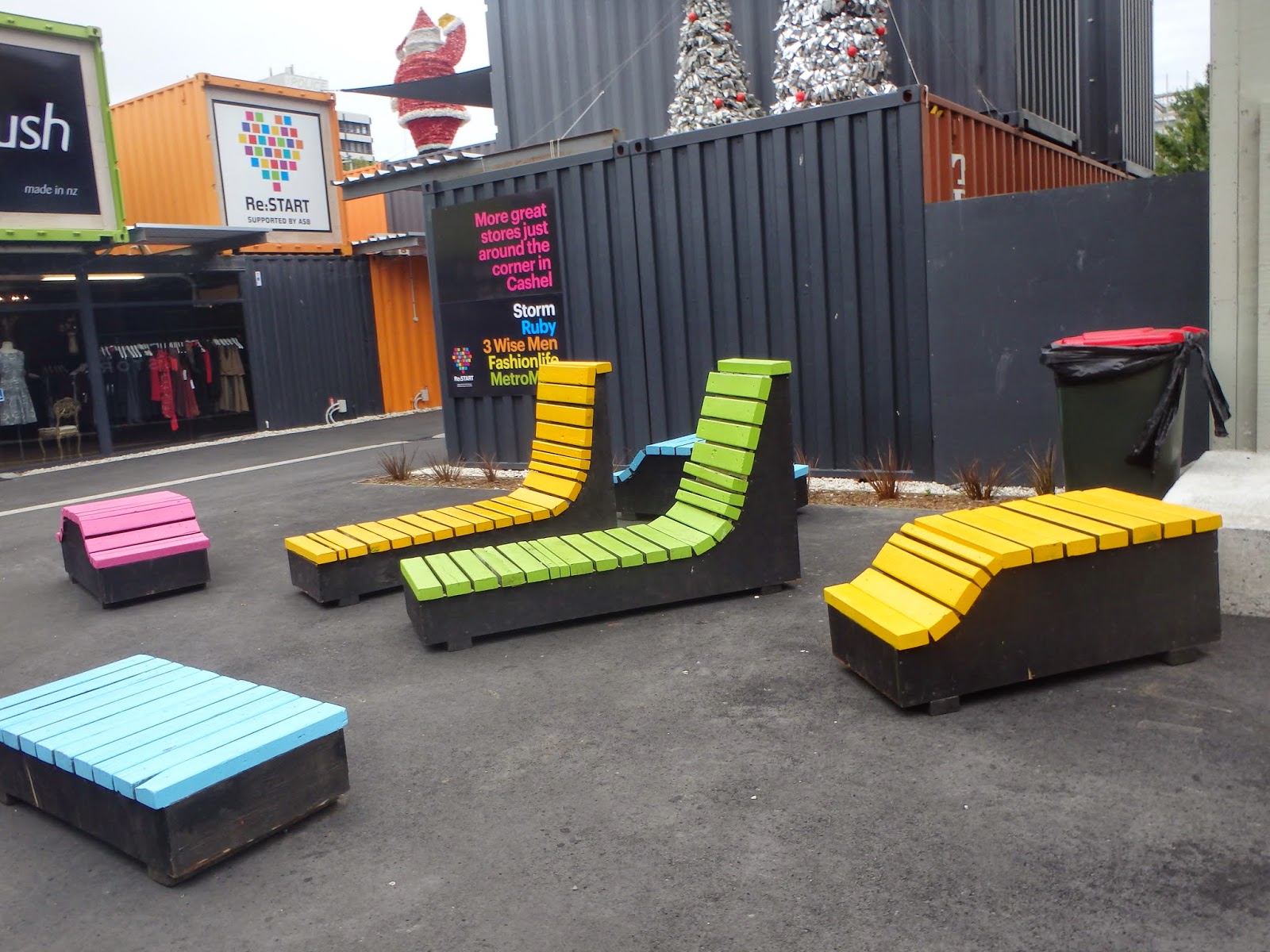 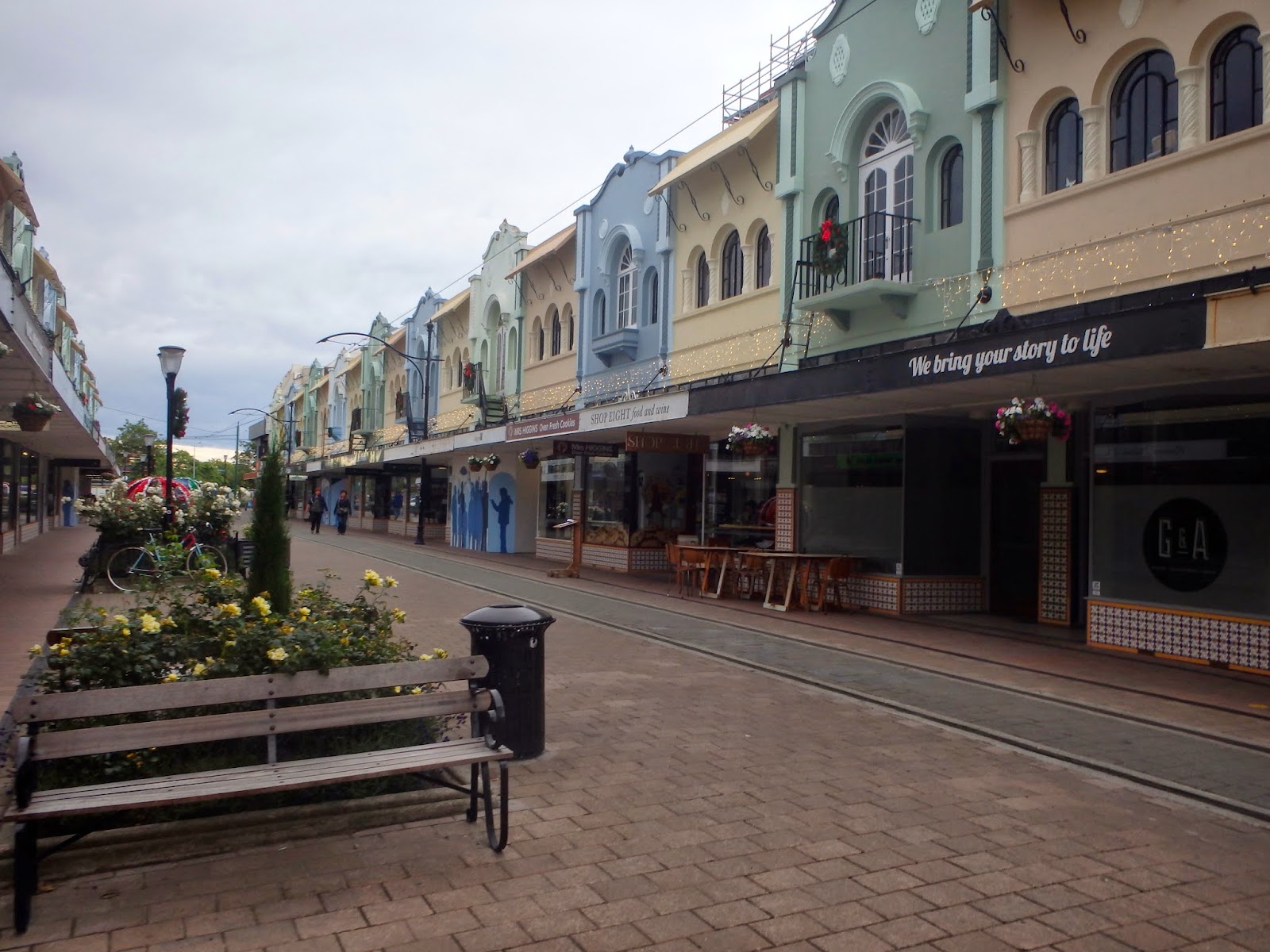 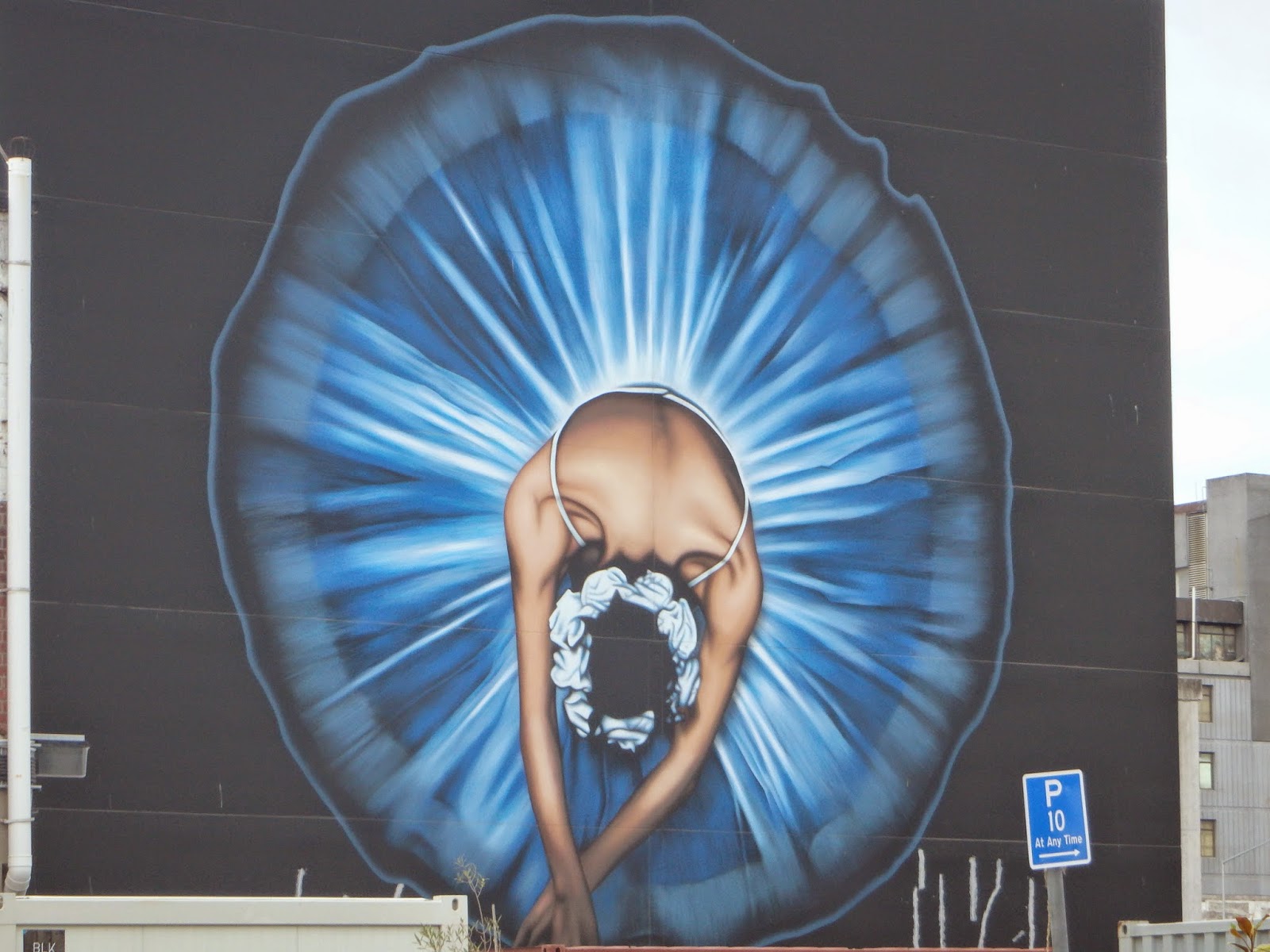 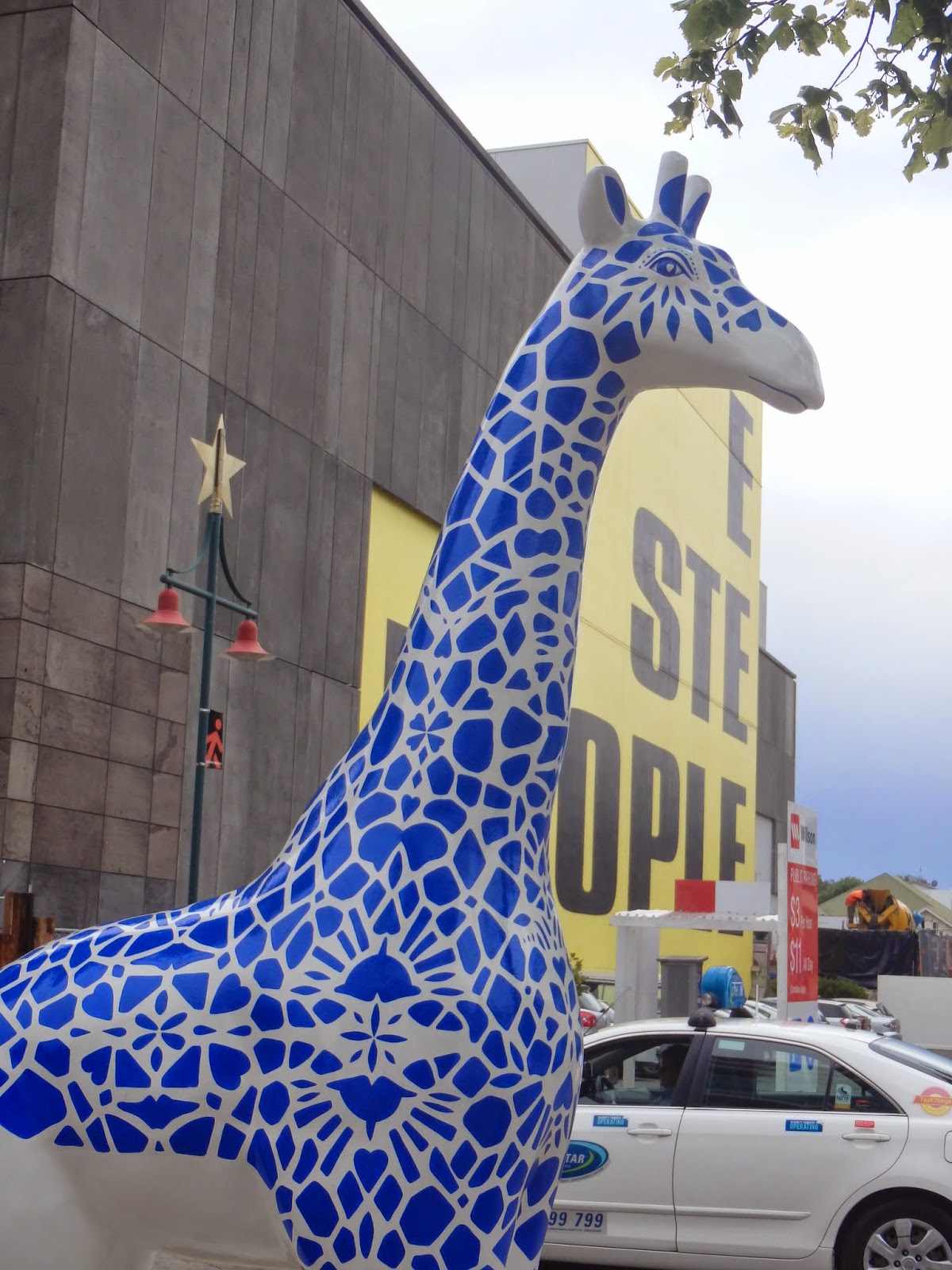 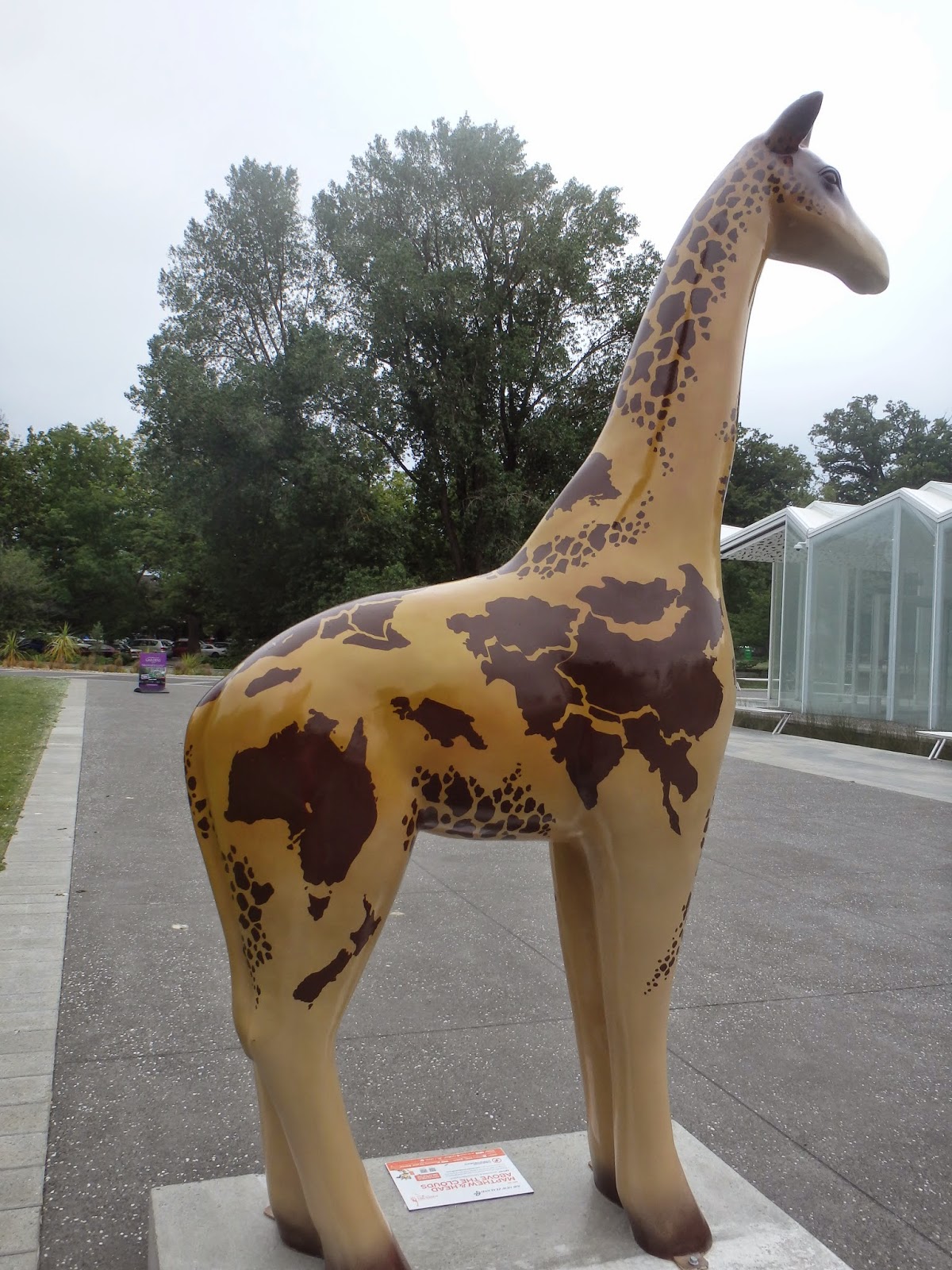 There are almost a hundred of these giraffe statues around the city right now!


And....of course...for my last day in Dunedin, I had to buy a soy flat white at my favorite vegan cafe. And guess what book they had underneath their coffee table? That's right. It's Dr. Seuss time. 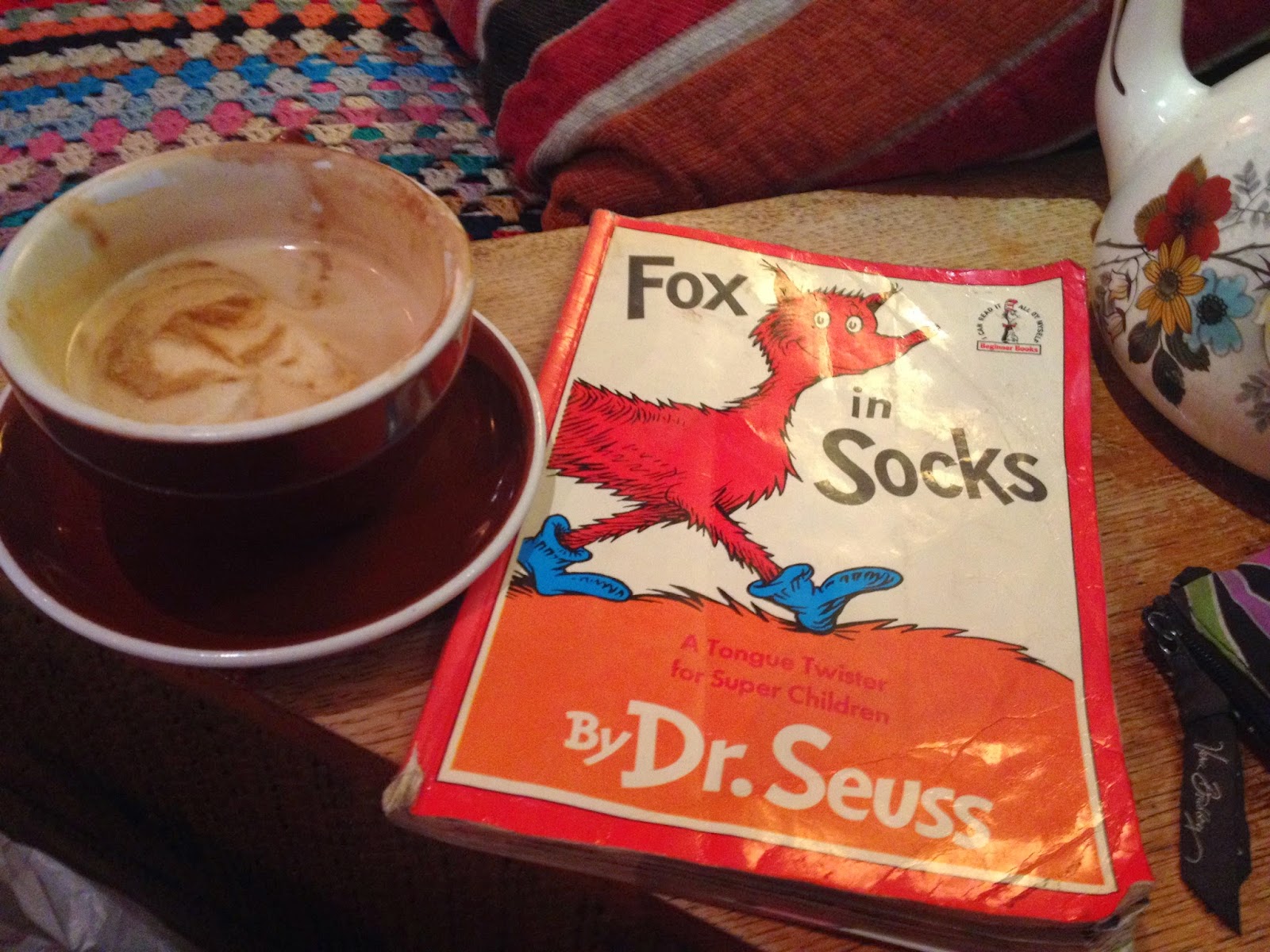 Well, that was Abreana's "Scattered Pictures and Scattered Memories from the Stray Bus Tour." I hope you enjoyed! Thank you for putting up with one more blog post from me.

I admit that looking at all of these pictures brought back some nostalgia. I miss something about New Zealand everyday. I miss the quirky sayings and I miss the people... but I think I miss the landscape most of all. It inspired me. I came face-to-face with God's immaculate creation - and I felt alive.

"Travel is more than the seeing of sights;
it is a change that goes on, deep and permanent,
in the ideas of living."
~Miriam Beard

But now it is time to close this chapter of my life and begin a new one. What matters is that I take the lessons I have learned and apply them to my life and work here. But who knows what the future holds - maybe I'll always have some wanderlust and a case of the travel bug...

And as the saying goes, home is where the heart is, and I have the feeling that one day my heart might be scattered across the world. I might be a traveling nomad who won't ever be able to point to one location on Earth and say, "This is my home."

So, beautiful island-country of New Zealand, here's a piece of my heart. Thank you for being my home - my whenua - these past six months.

Thank you for your hospitality.
Posted by Unknown at 22:27 5 comments:

This is a little blog about my adventures as a study abroad student in New Zealand, where I am graciously learning what it means to be a "Kiwi" in the Land of the Long White Cloud.